Yesterday The kids had no school and Jason was off. We have been pretty home bound with Bristol being so sick. So we decided it would be a great day for a drive. Everyone had there own opinion on where they wanted to go. Brielle wanted to go to area 51 to see the aliens, Baxter wanted to go to Death Valley. Jason had enough of everyone not agreeing and said load up I'm taking you for a surprise trip. I was hoping we would end up in Disneyland but we still ended up in some cool places. First stop Mount Charleston. We had never been up there it was pretty cool. If I would of known we were going in the snow I probably would of had the kids dressed a little different. 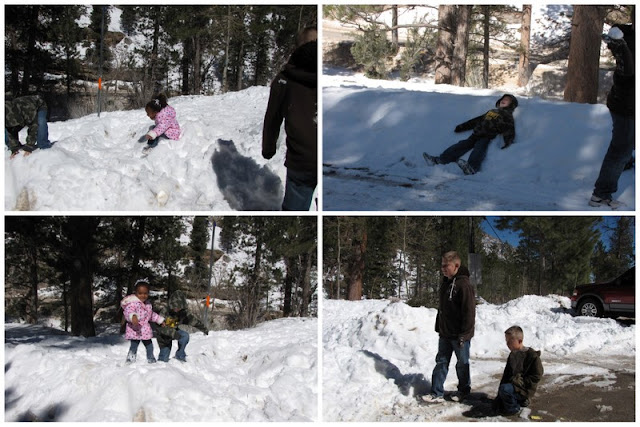 The had a blast playing in the snow. I think this was Brielle first time ever being in the snow. She was telling the boys we are going to build a snowman, make snow angels and have a snowball fight. She got out of the car and was so full of smiles, she was running playing in the snow and having a great time. About 3 minutes into it she looks at me and says I'm cold this is not fun put me back in the car and turn on the heater. Yes my kind of girl. There was a ton of snow man built everywhere. This one was missing his arm. So Jason and Brielle got out and fixed him. 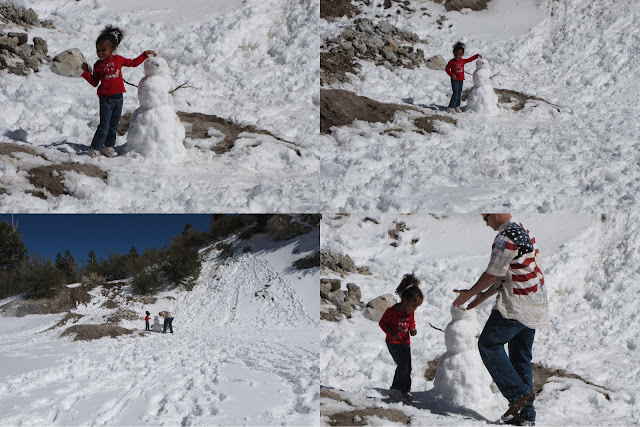 Bristol was all smiles and is doing so much better. 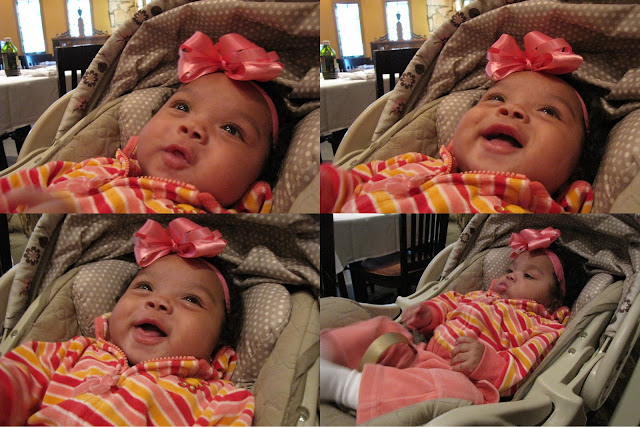 We took the kids out to eat at one of there favorite places Macaroni Grill. I don't know if its the good bread or if its that they can color all over the table cloth but they love this place. 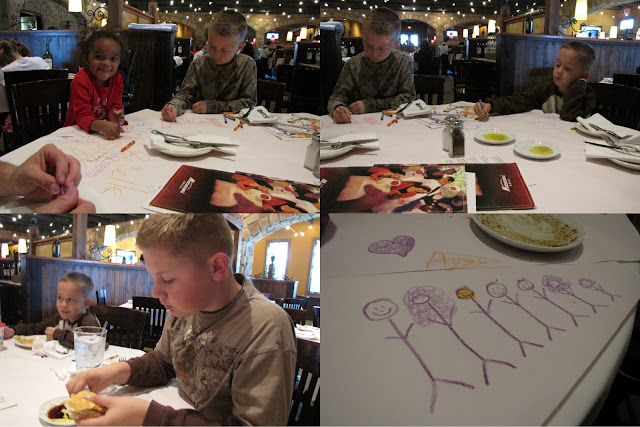 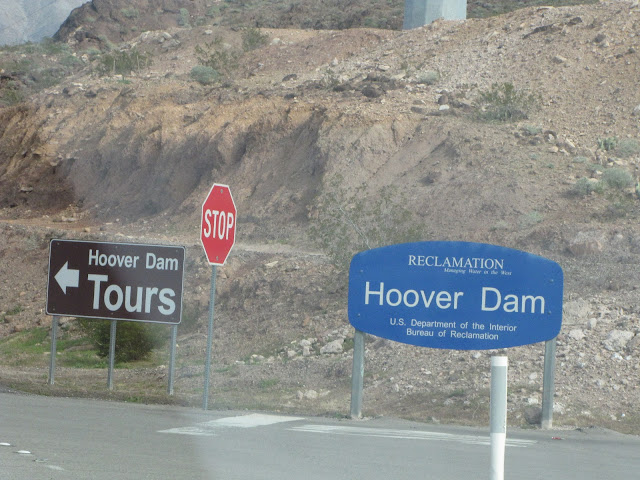 We have been here before, but it has been awhile. Brielle had never been there. The boys got her all ready and taught her the Dam saying. I went to the Dam to get some Dam water. The Dam man said I could not have any Dam water. So I told the Dam man to keep his Dam water. So Brielle said so can i have some Dam Fish. Over and over again 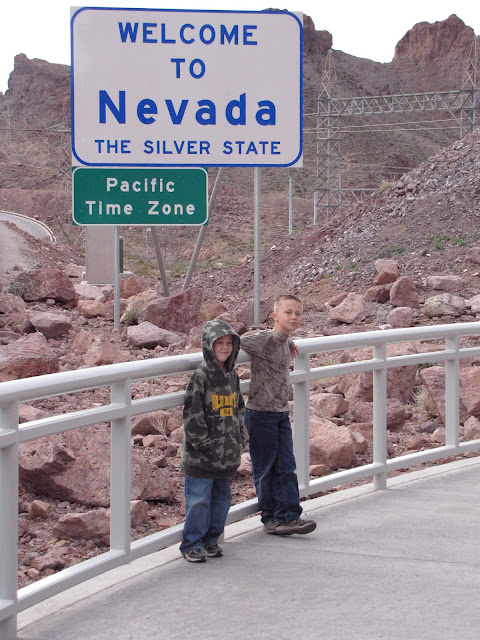 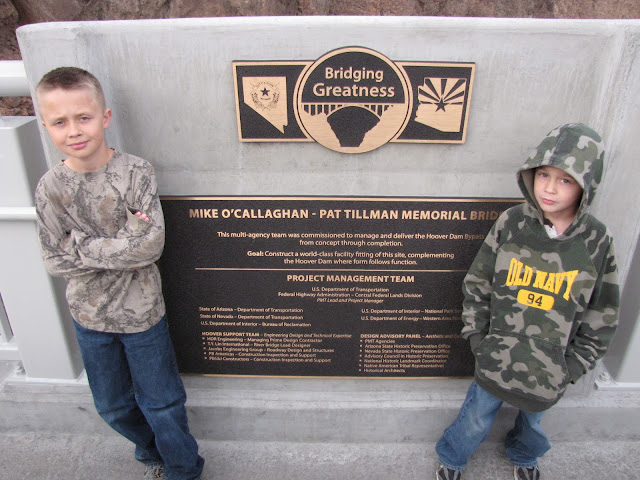 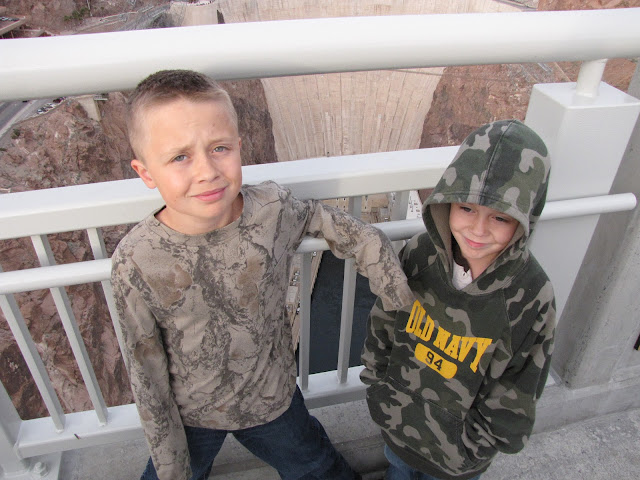 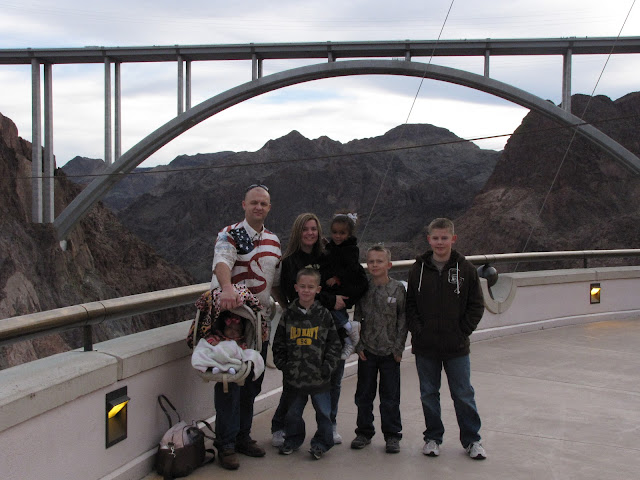 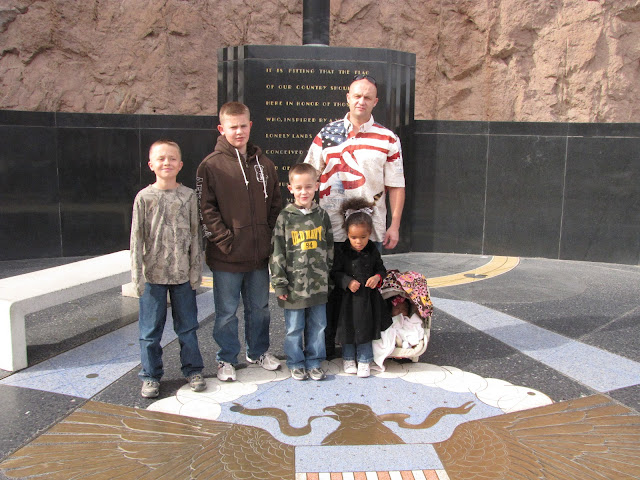 We took a Dam tour. 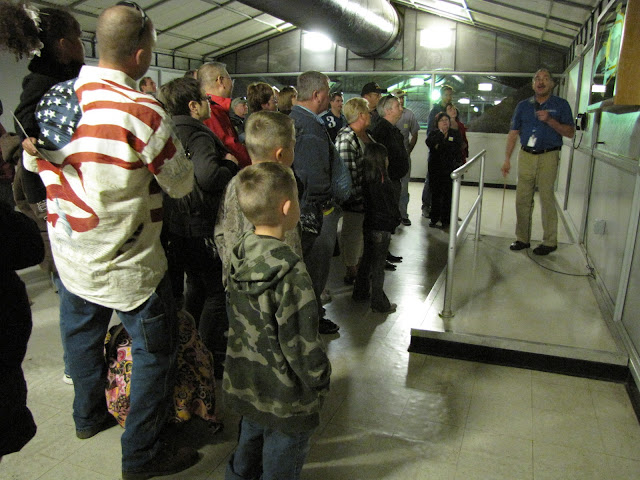 Here we are going down 54 stories hold on tight 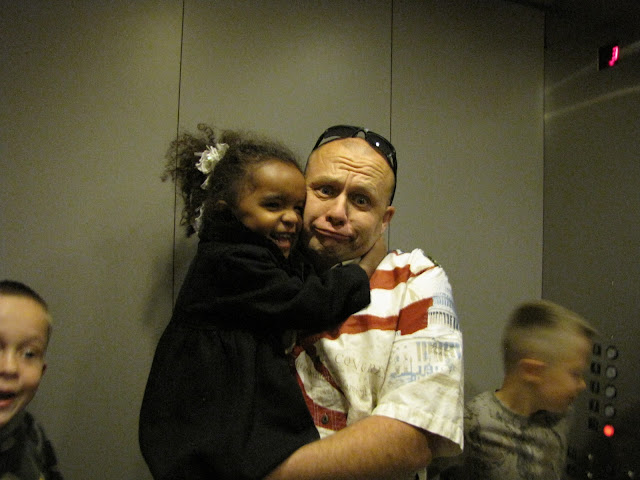 we had a great time 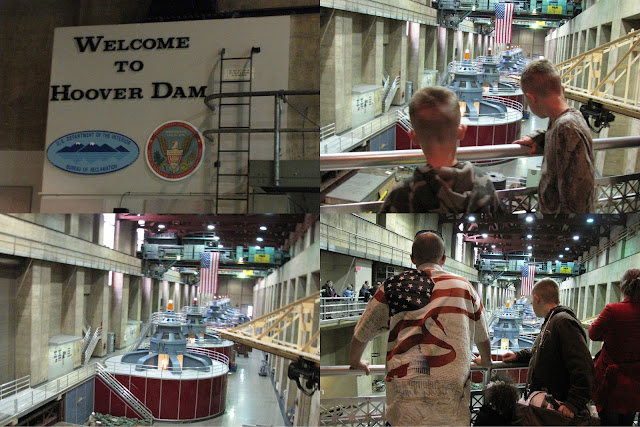 and at the end of the day who can resit a dam picture with your family. 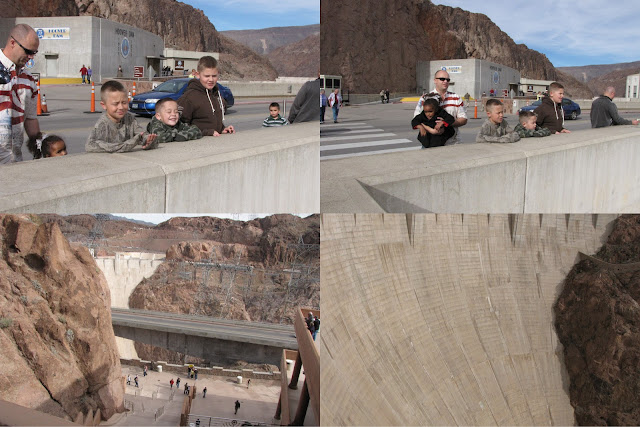 Strap me onto the nastiest roller coaster you can find and I'm all over it..... put me in that elevator and take me to the base of the dam or go over that bridge? We're going to have a problem!!!! NO FREAKING WAY!!!!!

Looks like you guys had a lot of fun! Spontaneous is always fun! So glad Bristol is feeling better.