life has been fun

What a few weeks it has been. I have gone 6 weeks now without a kitchen and it is starting to take a toll on me. Our house is starting to look like a home again after are flood we had. It has been ruff. But we are seeing a light at the end of the tunnel. Things have been so busy with Relief Society. I can't seem to catch  a break. The kids have all been sick With Bristol spending some time in the hospital. Like I said life has not been to much fun around here. Last Sunday Baxter received his patriarchal Blessing it was really nice.

You would not think that just a few weeks ago our kitchen was gutted to the trusses. It is coming back together. New hard wood floors, new granite counter tops a few new cabinets and a ton of new paint. 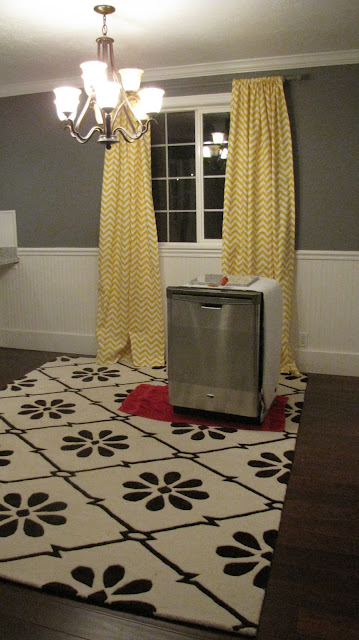 .
By tomorrow we will have cabinet doors and we will be able to move back in the kitchen. just to cook again will be so nice. 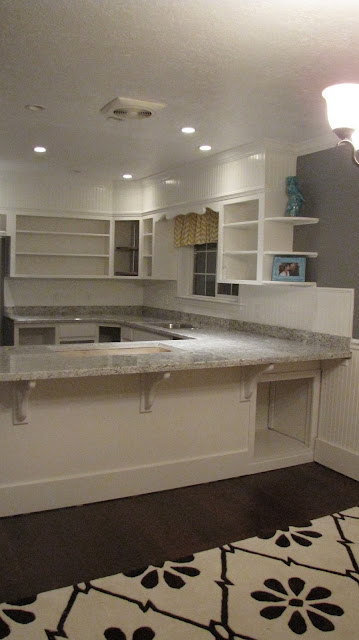 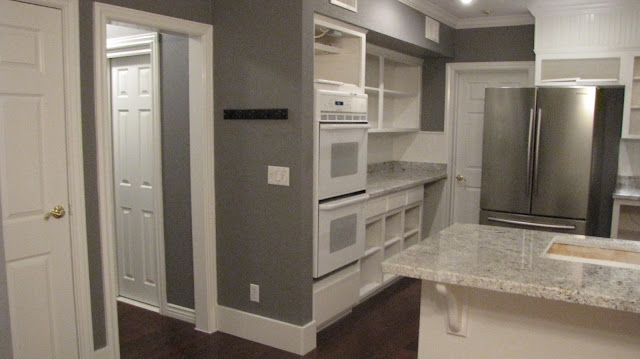 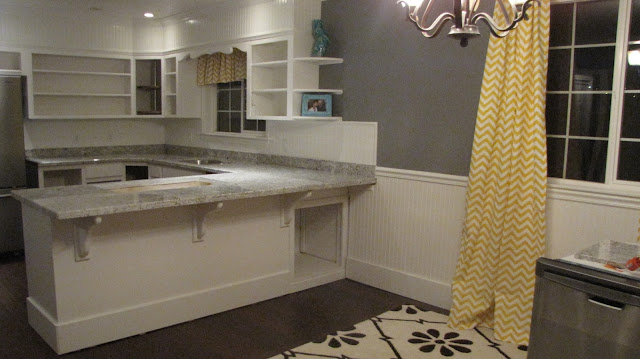 Jason laid wood on our stairs and cased it. I thought he did a great job on it. 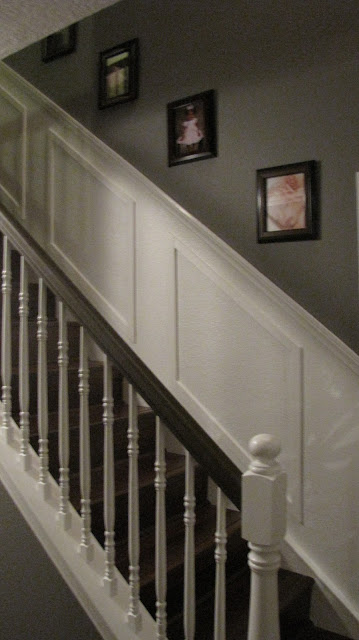 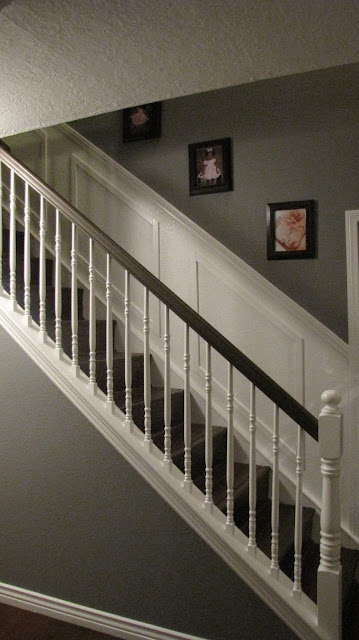 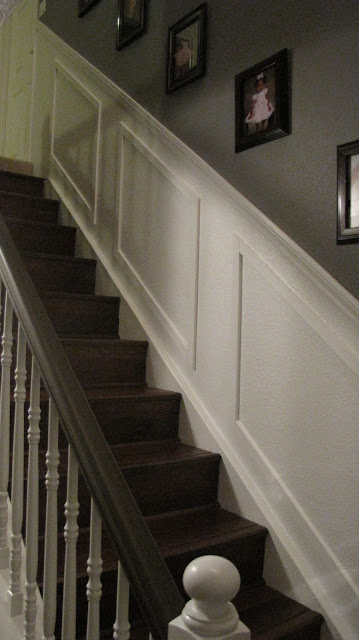 Little Bodel is not so little anymore. She is almost 8 months. She has been pulling herself up on things for a month. She wants to walk and thinks she can. She tries to walk right off the couch. 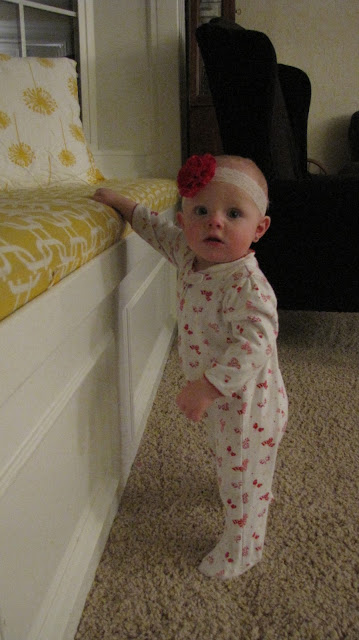 She loves food right now, and she will follow Bristol everywhere hoping to pick up what food she might have put down. 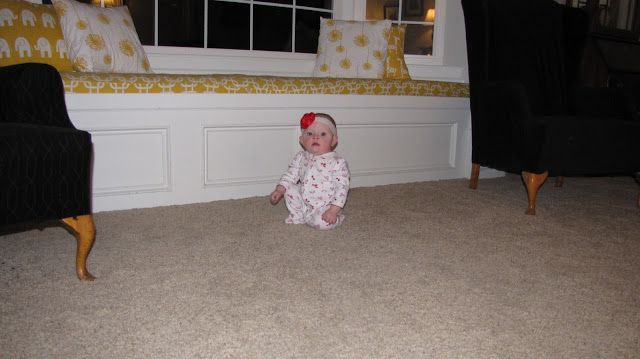 and Bristol was all smiles tonight, she wanted her picture taken. She is becoming such a good talker 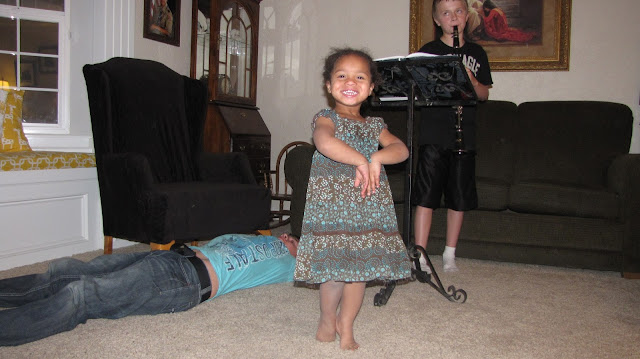 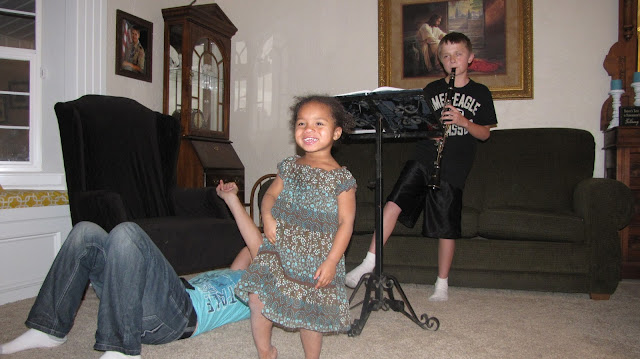 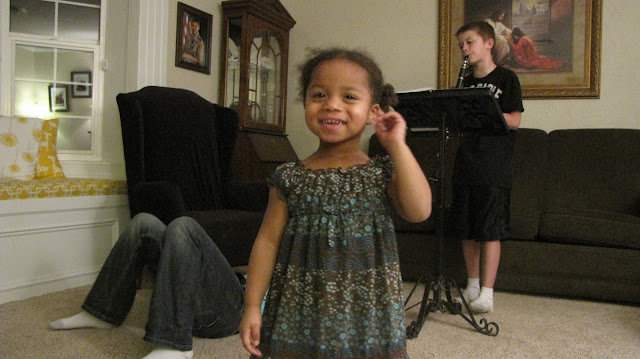 Brielle on the piano i can't keep her off 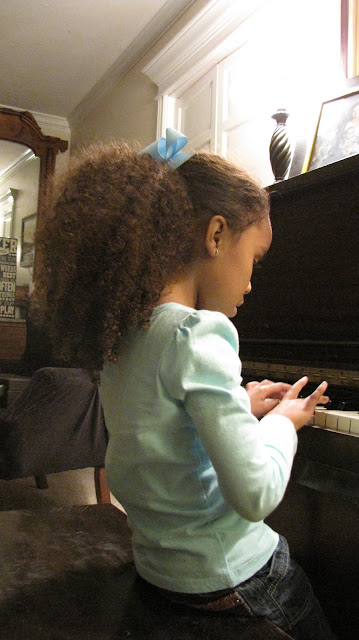 and boston he would not let me take his picture 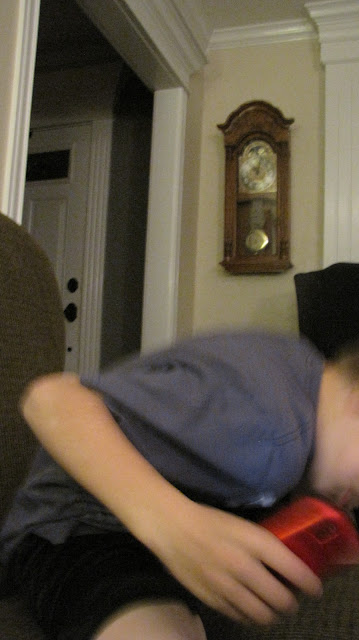 Your kitchen looks amazing. Not have a kitchen is not fun. Hang in there.

i don't know how you've survived so long with out a kitchen! it looks Amazing! good job jason and boys! (and i LOVE your stairs) the girls, as always are so dang cute! Brielle is awesome on that piano! Bristol is such a stinking cutie, hope she is feeling better. Bodel is getting too big to fast! Love you guys. So glad the end is in sight!!

Love the new fix ups!!! Love Brielle on the piano and Bristol looks so cute and older and Bodel so big. And love those boys!!! What a great job you all did.

Love the new fix ups!!! Love Brielle on the piano and Bristol looks so cute and older and Bodel so big. And love those boys!!! What a great job you all did.