Boston had a great party. He invited 10 of his best friends. They had a air soft war and swam and ate and ate.
I saw this cake on pintrest and knew I needed to try it. Brielle let Boston in on it right before he cut it. So he was prepared.
The boys all loved the cake they ewe and awed about it and thought it was so cool. 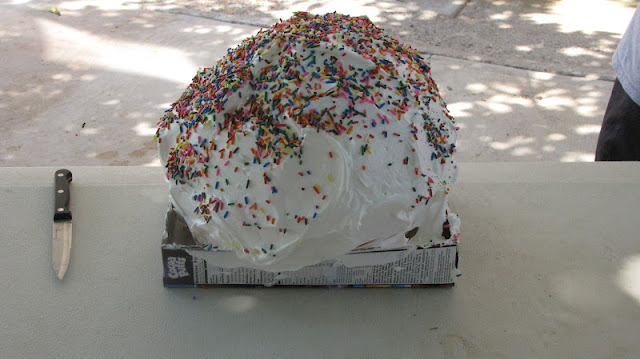 You might notice Boston standing back to cut it. It is not a cake at all but a balloon covered in cool whip with sprinkles. So when you cut 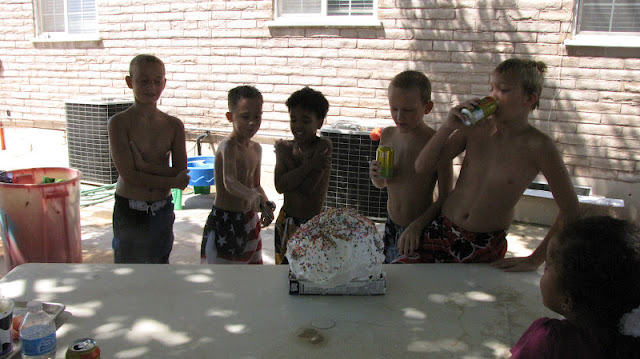 Well it explodes all over. Look at the kids faces in shock, Then they said that bad now we don't get to eat cake. 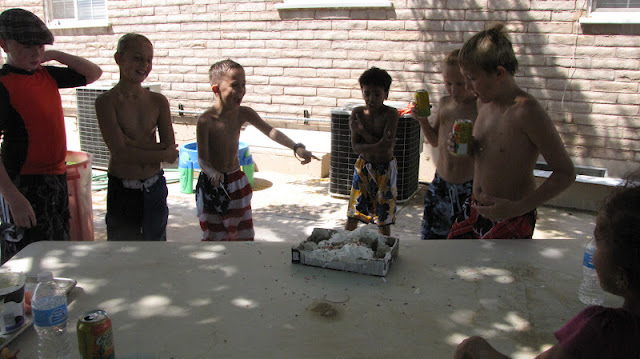 Good thing there was another one in the fridge. 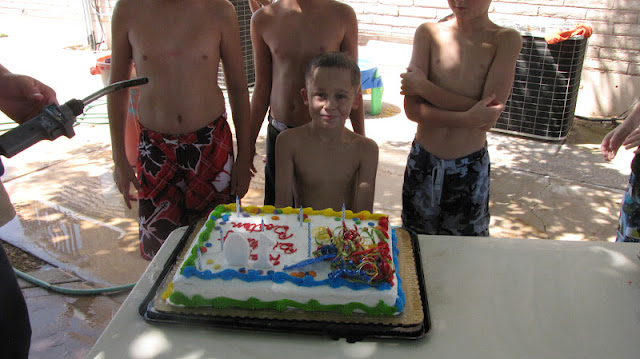 Jason did the honors of lighting it. Never a dull moment here. 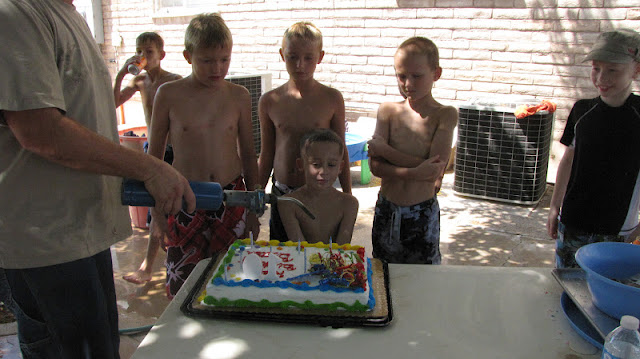 Boston got nervous and scooted back. 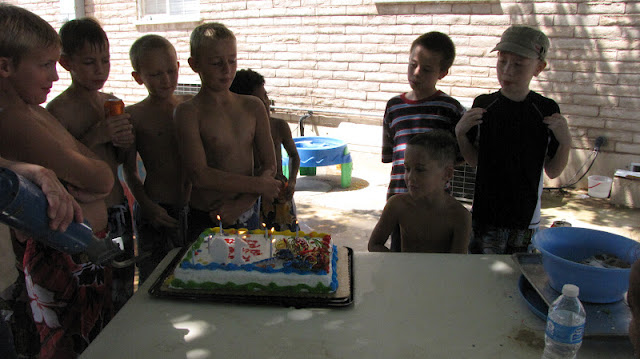 Boston's friends hooked him up he ended up with a 100 dollars and lots of Lego's. He was pretty excited. 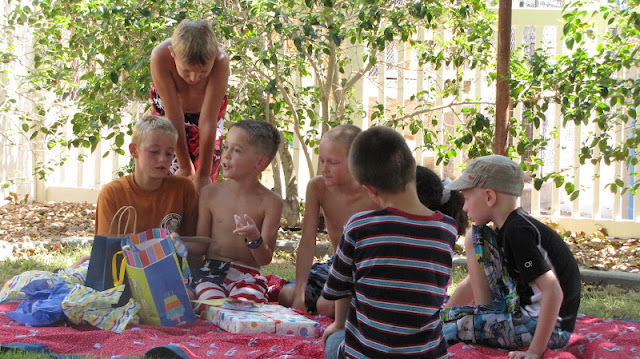 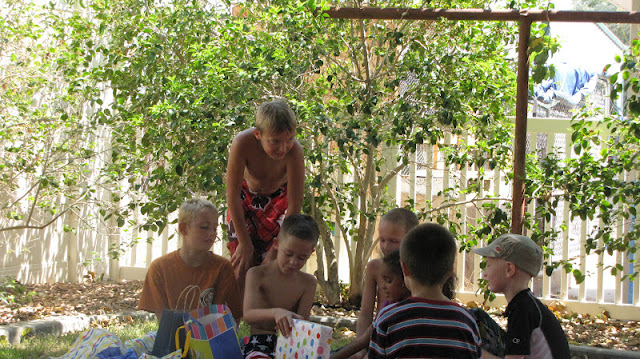 They had such a great time 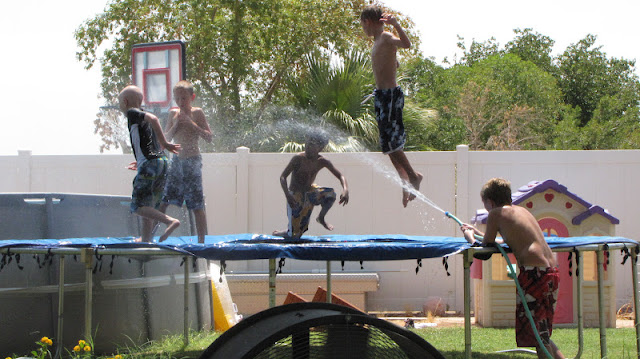 I love when they leave and are telling there parents that was the funniest party ever. 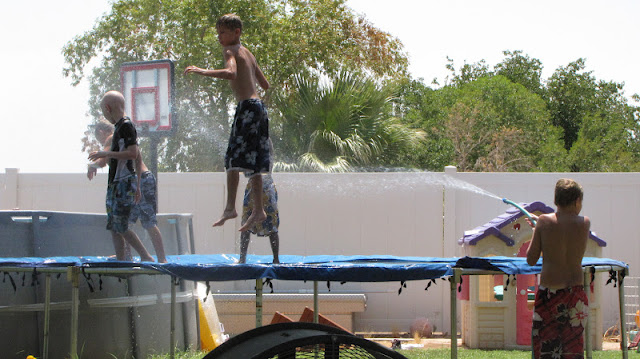 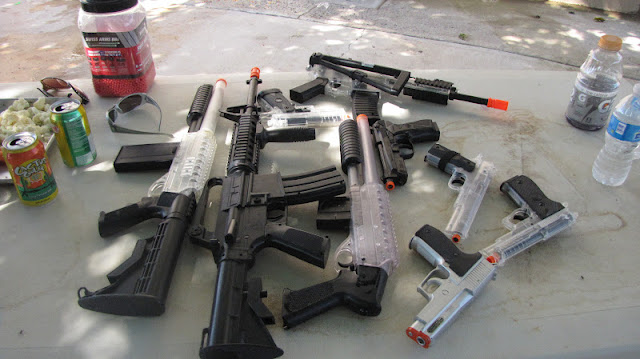 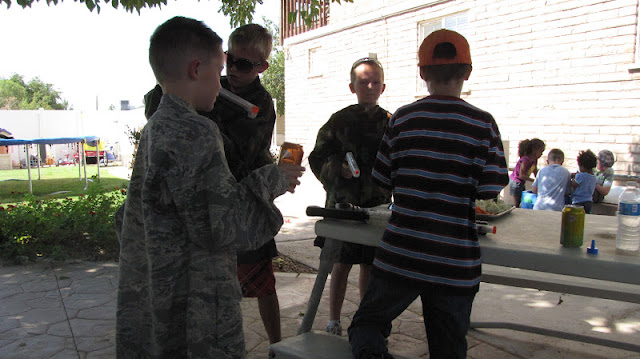