Another big day for Brielle

You may remember this picture from 2 years ago. It was a picture of Brielle going in for surgery to remove her tonsils, and put tubes in her ears. The surgery worked and her ears improved so much. 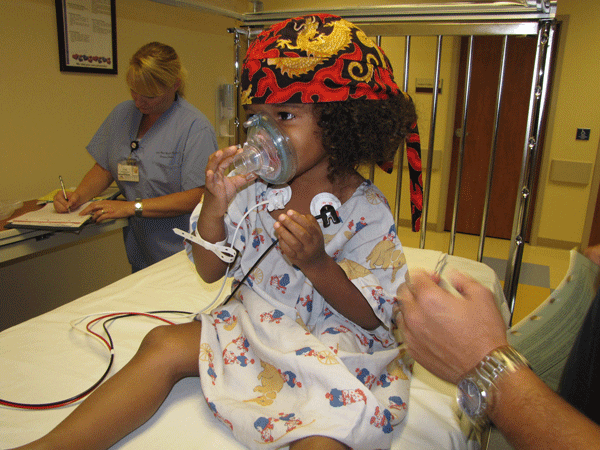 Over the last two years her tubes stayed in and about 6 months ago her ears became infected and doctor after doctor medicine after medicine nothing worked. I took her to a specialist the other day. And he looked in her ears and said wow. And went and got the other two specialists in the building. A lot of things were discussed and it looked like her tubes needed to come out ASAP. The had developed a bad infection growing on them that would not clear up. It was causing all sorts of damage to her ears. So today the morning started early at 4:ooam and we headed to ST. George for Surgery. 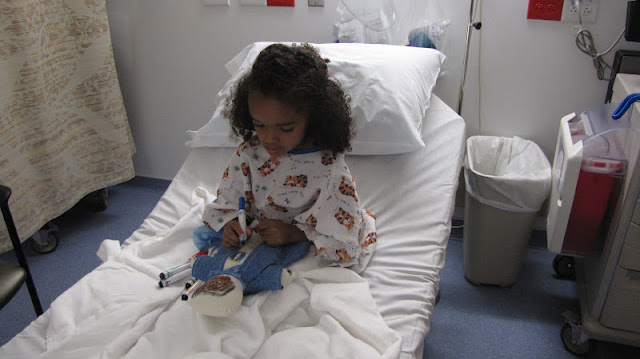 They gave her a doll she could color and bandage up. She loved it. 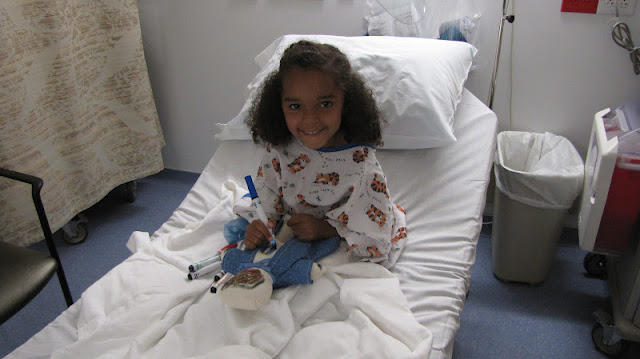 She was in high spirits and nervous about having to fall asleep. 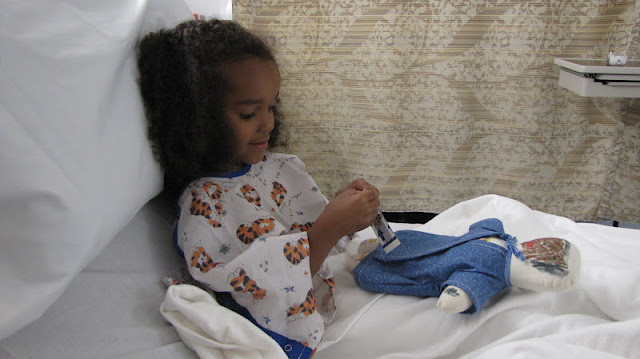 But she woke up pretty loopy and asked Mom when are they going to put me to sleep. It was all over and she didn't even know it. 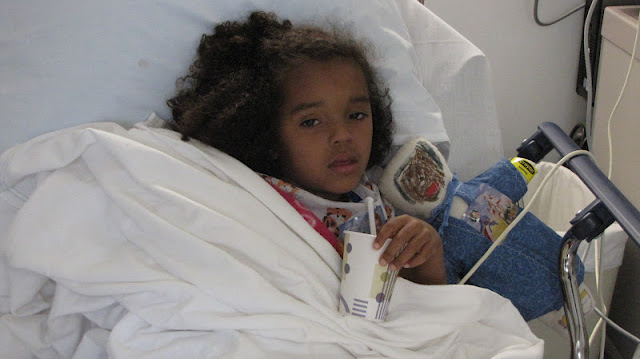 She got a ride out in a Wheel Chair and she thought that was the coolest thing ever. She is home and doing great. They removed her tubes patched some holes in her ears and did some major flushing of the infection. Hopefully it is all up hill from here. 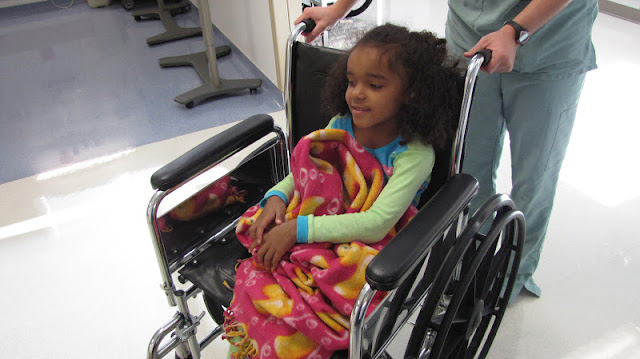 oh my word! what a brave lil girl she is! sending happy Healing vibes her way. **did you cut her hair? it looks shorter in the pics of her coloring her baby doll...

Oh you should of told me! We would of come and said hi! Hopefully that fixed everything! Love you Brielle!