Today i am Thankful for Adoption. I can not even image life without these 3. I am so thankful for there birth mom's and the decisions they made. We love them so much. 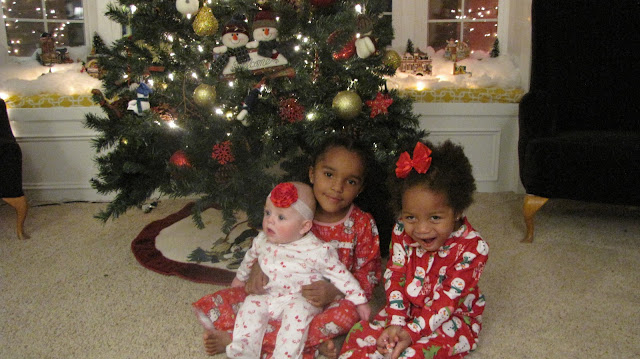 I know I've shared this before but I wanted to share it again, I love the story behind this song.

i love those 3 girlies! (and i also LOVE that song, it's one of my favorites!) so fun to see your christmas decorations up, i'm trying to wait until after Thanksgiving to get mine up, but with all the snow it's feeling very very christmas-y..so i'm sure i'll get the decorations out soon! :)

I love that song! I can't play it unless I want to cry though! Do you have the book that goes with it?
We love all your girls so much! I seriously couldn't imagine your family without a single one of them!

We love all three girls so much, so thankful they were sent to your family!