We had a fun Thanksgiving. We went up Tuesday to Utah to Jason parents house. We had a fun sleepover with cousin's. 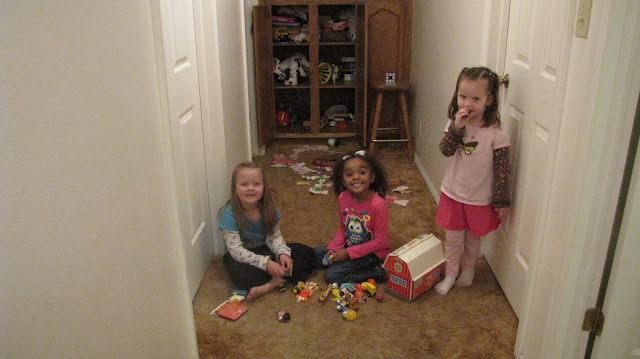 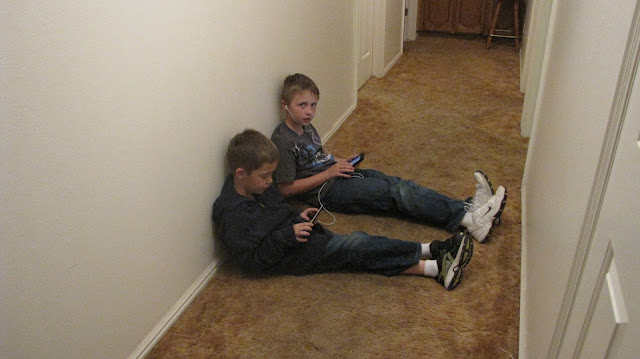 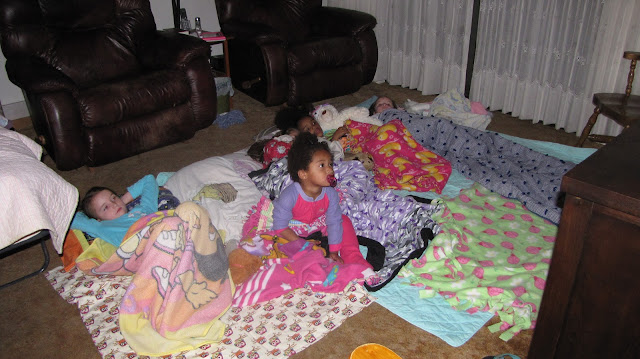 The boys had fun helping with the Christmas lights. 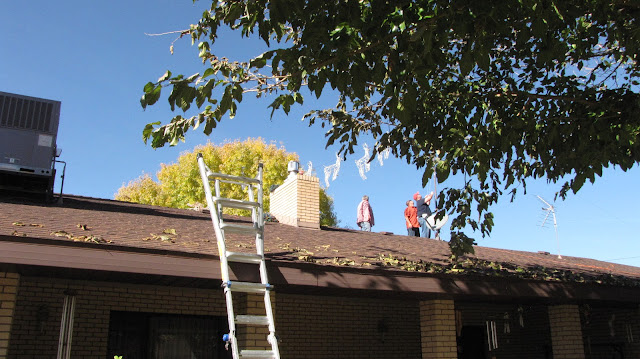 Wednesday we celebrated Thanksgiving with the Bakers. Everyone was there except Mindy's family. We missed you Mindy. There were 27 grandchildren running around and the kids had a blast. 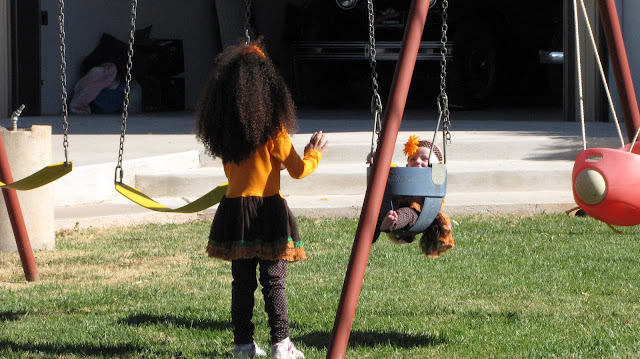 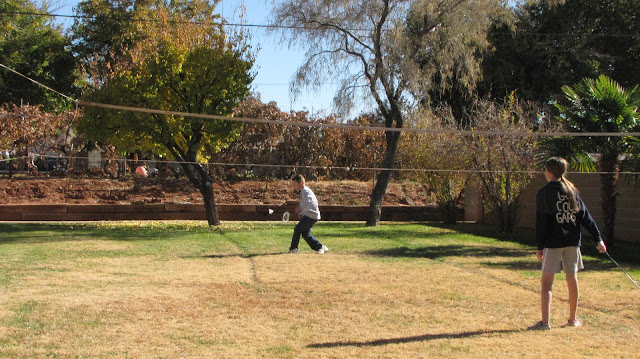 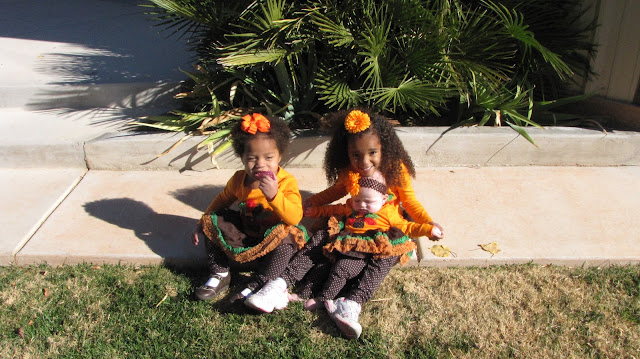 Here are the 3 youngest of the Baker Grandchildren. Jessica is 8 months, Cody 10 months and Bodel being the youngest 5 months. They had a ton of fun playing on the ground together. 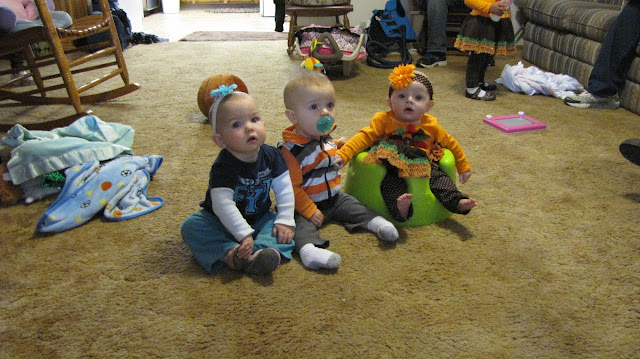 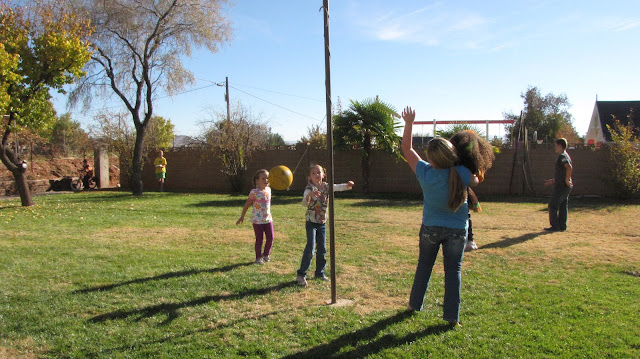 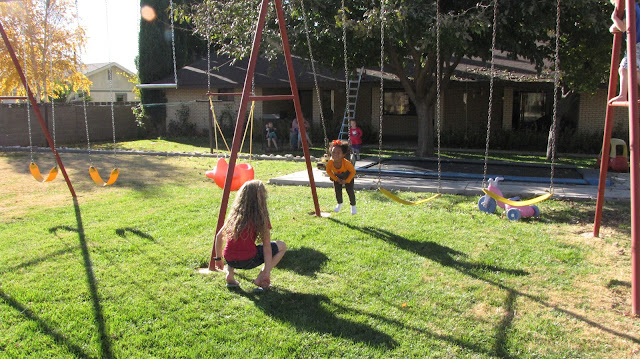 Grandma and Grandpa loaded some of the kids in there old cars attempting to get some pictures. 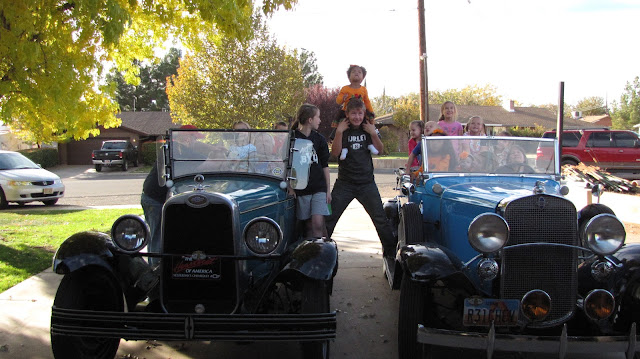 Jason sister got on the roof to take some picture's. Meanwhile there mean brothers took the ladder down and let say they were stuck on the roof for awhile. 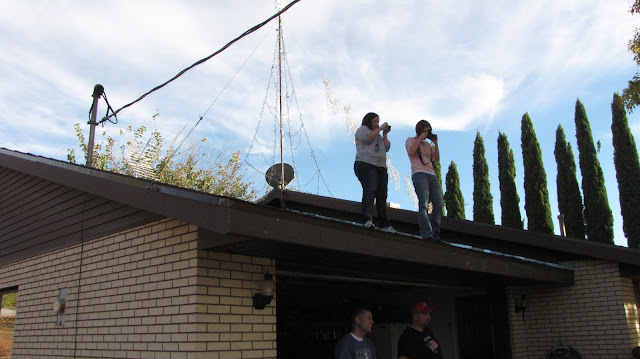 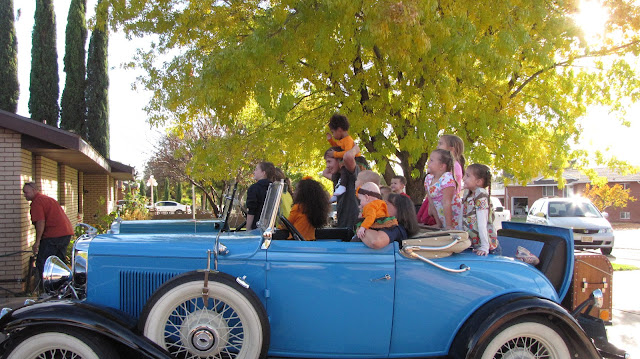 We had a great dinner 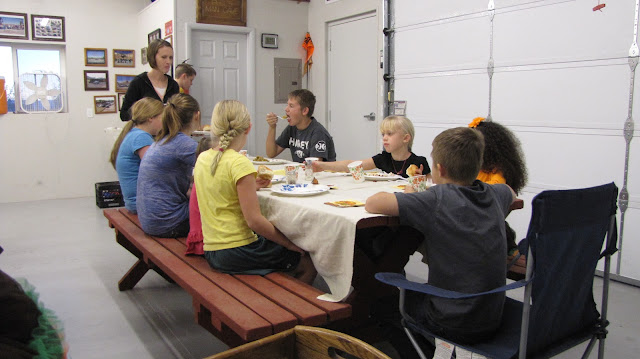 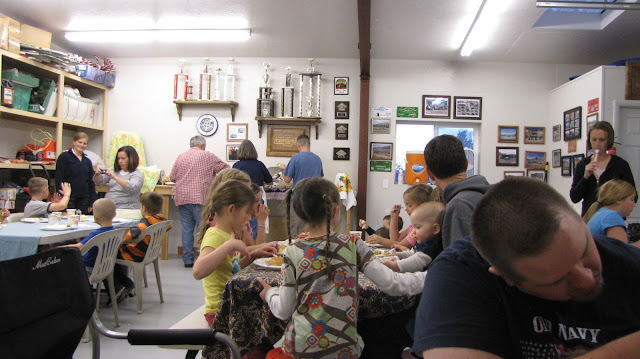 The grand kids rushing for the pies. 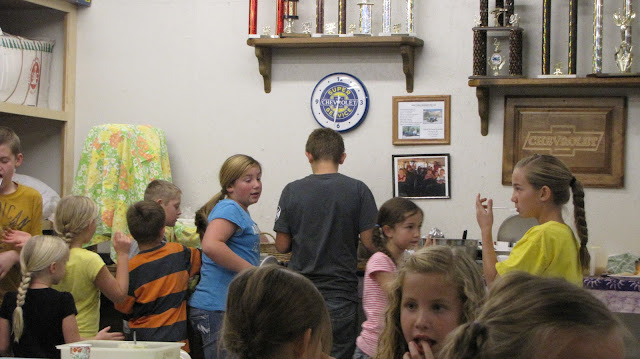 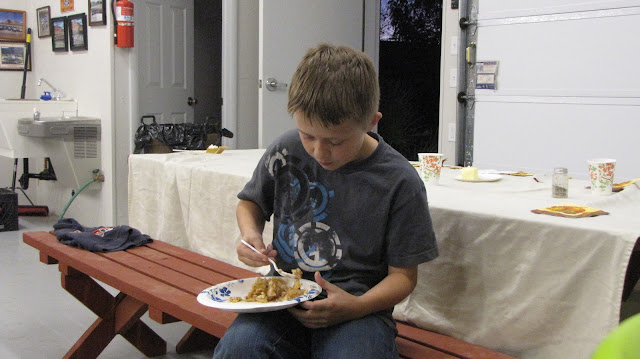 Wednesday night we headed over to my mom's for a sleepover. The kids helped grandma break the bread for the stuffing. 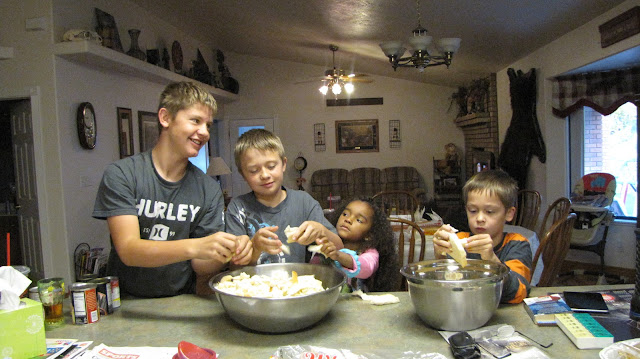 Thursday we celebrated thanksgiving at my dad's house. 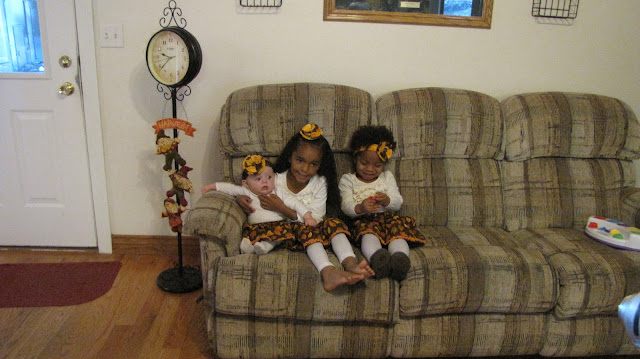 The kids had more fun with there cousin's. 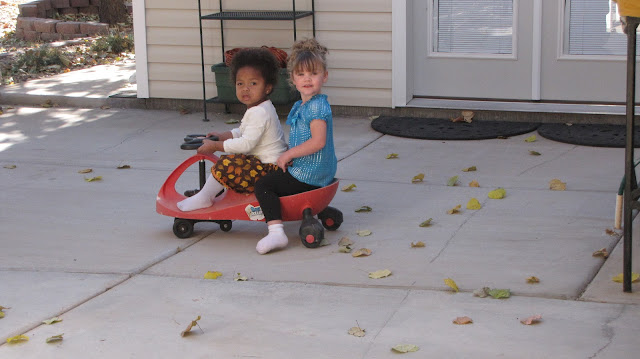 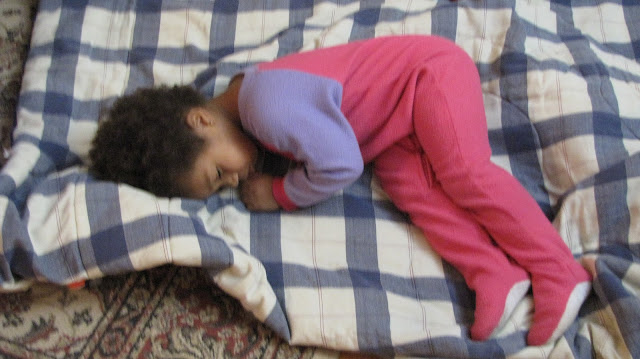 Wow, you had a busy week! Loved seeing all the pictures of the kids.

:( so sad we missed out on all the fun! your girls are seriously so dang cute! miss all those lil babies too...everyone is getting too big! hoping to see you all at christmas time! :)

We had a great time and so happy to keep .he kids. thanks for staying and so happy you got to visit with everyone,

It was great to see you guys! Our girls both had the throw ups and diarrhea...yesterday on our long drive home....sure hope Bristol is back to feeling better! These are some great pictures! Can't wait to see you at Christmas!