A little story on our Adoption 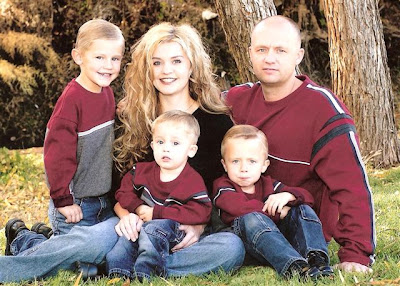 Our family was great with 5 but someone was missing!

I know many people wonder why we adopted. I thought I would tell the story of Brielle. When me and Jason were first married I was on a special medicine for seizures I was having. They told me that I could not get pregnant while on the medicine. Time past and I was able to not take the medicine anymore. In that time we had talked to our bishop about adoption. He told us to just wait awhile and see what would happen. I think they thought to adopt, was always in the back of our mind from day one because of this.
So here we come a few years latter and 3 sons latter. All boys were born by C section and they basically lost me on the table with the second one. Our doctor told us it would be a very good idea that we had no more. Being on bed rest from 30 weeks on with the last one made us decide he was right. I often wondered about are decision and wondered if we made the right decision. A few months after having our third boy, I was diagnosed with cervical cancer. They went in and removed half of my cervix. I new at that time that we had made the right decision. Don't worry cancer free for going on 6 years and no cervix left. That means fully recovered and can never come back.
Well anyway time went on and I knew in my heart there were more. I knew there was a girl. I did not know what rode to take. At first when we were living in Utah we decided to go in to Foster care and see what would happen with that. Meanwhile our home sold and we moved back to Nevada only for the agency to call us and were going to place a child with us. But we had to start the hole paper work over again due to moving states and the child had to stay in Utah. So there we were back at square one.
We felt very strongly to go with LDS family services. We applied and sat and sat on the waiting list. Boston was about to turn 5 and I told Jason if it does not happen before that I'm pulling out. We got a call one Friday afternoon after 11 month waiting on the list. Our social worker told us a baby had been born it was a girl and she had been placed with Catholic Charity's. He new the birth mom had a hard life and he wanted to know if we were OK with that.
Let me go back a 1 year before, We felt very strongly that what ever child was suppose to come to us would. No matter what race, background the Birth parents had. We were ready to deal with anything. Our social worker told us that there was nothing he could do until Monday. He told us that we really need to pray about it. By Monday we were ready to meet our new daughter. They had to get all the paper work together. By Tuesday we finally got to go get her. There was one catch the birth mom wanted to meet us. So we went to Catholic Charity's to pick her up. We got there and our social worker came out and said you guys will not get to take her home today we need to learn more about the birth father. I was pretty sad. Then they took us in a conference room were we got hold our new little girl for a few hours. While we sat and talked with the birth mom. I was so nervous to meet her. She was so nice. She was so easy to talk to. I remember her being really funny. I could tell she has had a tough life. She was homeless 37 years old. I felt bad for her. She was about to give me the most special gift. I will forever thank her for that. I know she will be blessed for keeping brielle inside her and going to the hospital to have her. You could tell she loved her and just wanted to do the right thing for her. So we came home that day to signs in the windows and 3 little boys waiting to see there new sister. Sad to say we did not have her.
I ran to walmart that night and stocked up on everything we did not have for her and plenty of Little clothes because she was only 5 pounds. We went back the next day. This time we meet at LDS Family services we sat in the room with the birth mom waiting for them to bring the baby across town.
Brielle had gone to a foster home for a few day when they released her from the hospital. I could not of asked for a neater foster family for her to go to. The foster mom made me a book with pictures and everything that happened in the 2 day she had her. Also I might add at the hospital she was given to Catholic Charity's. Were Brielle is 1/4 white 1/4 Mexican and 1/2 African American they had no one their that would take a mixed baby. So the social worker from Catholic Charity's being LDS decide to call LDS family services to see if there was a family for her. So that day we sat and talked again with the birth mother for a few more hours. They brought Brielle in and we got to leave. 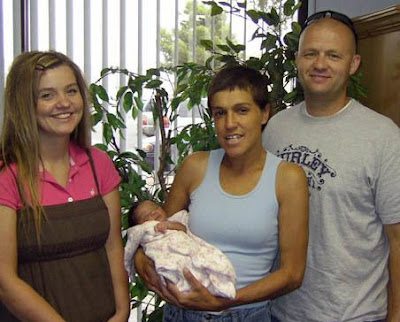 Pictures with us and Brielle Birthmother

I felt pretty bad that day for the birth mom. They took her to a local shelter that day and dropped her off. I'm eternally grate full for that decision she made that day. She has written one time to us around Brielle first Birthday. We sent her some pictures. She can only write to our adoption agency and they pass it on to us. That way she has no idea were we are. Her birth mom had named her Annie Megan naming her after her mom. We decided to keep Annie as her middle name. Just to keep a little connection there. As Brielle is about to turn Two in a couple of days, I thought I would post a story on how she came about. She has been such a little angel. We had no idea what to expect with her. She has been nothing but a healthy very smart little angel. We do call her a angel a lot because its just amazing how she joined our family. 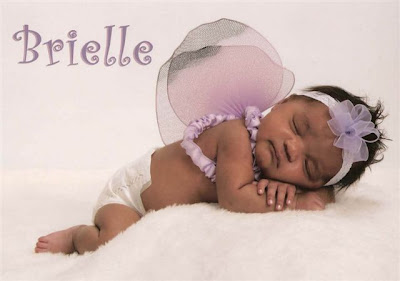 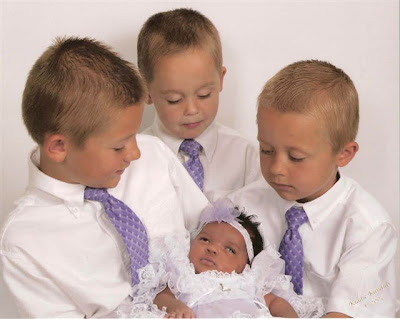 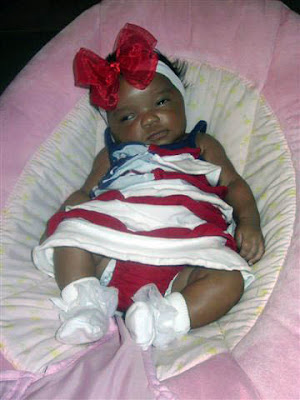 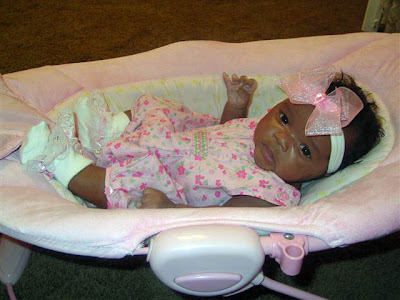 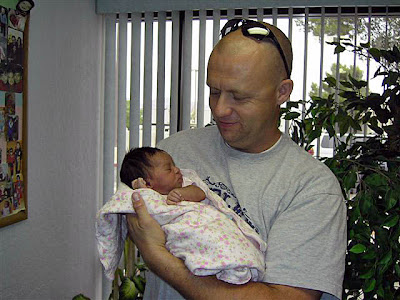 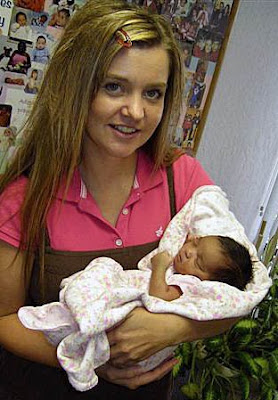 i still cant believe that was two years ago! she is such a beautiful little girl!

I've got tears running down my face. I'd heard that before, but it was neat to read through it again and see the picts of the birth mom! Brielle has blessed the whole big family too. Holdyn see's her picts and always gets excited to see Brielle! Great post! Happy 2nd Birthday to that cute little gal!

Heidi,
Thank you for posting this. I have been struggline the past few months on whether to start the adoption process again. We have our money in with the church I just haven't done anything about the paperwork. The past week or so I have started to feel the push to get going. This is just what I needed. It is so hard to forget the struggle and pain that waiting can bring, but the joy in the end is worth every tear shed while waiting. I love that JT and Brielle are so close in age. It is sad we live so far apart. oh well :) Thank you again. You are awesome!

I'm so glad you decided to post your adoption story - it sounds so much like our journey. Nobody can understand why we decided to adopt after 3 biological kids, but, like you, we just knew it was right.

Brielle's adorable. Can't wait to see her again - maybe at the Baker reunion this year???

I love hearing about your adoption story. It brought tears to my eyes. I also can't believe it's already been 2 years.

That is always such a beautiful story. Brielle's birthmom is very tiny and pretty. We are all so grateful for Brielle. We love her so much.
Sandy

Thanks for sharing that. I had never heard the story before & it helped me realize she is such an important part of your family. She is such a cutie too. Happy Birthday Brielle!