Yesterday we took all the kids down to Vegas. They all drew names and were excited to buy for each other a present. We hit Toys R Us and had some fun shopping. Then we headed over to Bass Pro Shop to see Santa.

The Boy all thought they were to big to sit on Santa's lap. But the girls were way excited. 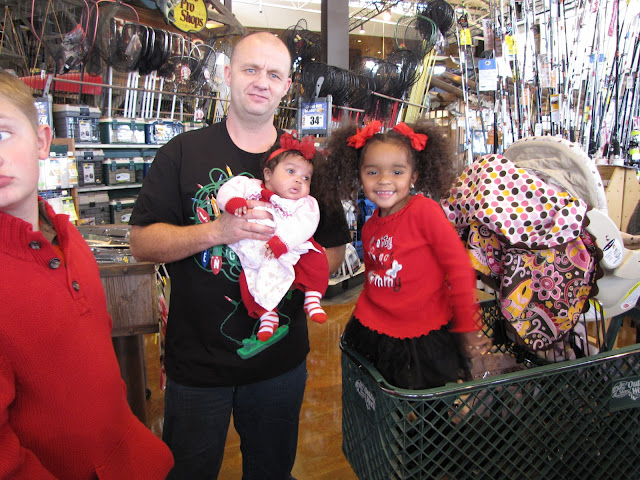 Don't you love the boys sweaters. Funny story. Every year I make the boys wear there Christmas sweaters once. Only once. Usually for the ward party or something like that. They hate them. Well we missed the ward party because Bristol was in the Hospital. So I made them wear them yesterday. They were not happy. We got out at the first store and they had put on 2 shirt under the sweaters with out me knowing then snuck out of the car without there sweaters on. I caught then right away. I told them next year I'm going to find them even better Christmas sweaters and they should be happy with those one. Jason said you would have to admit they did try to pull a fast one on you. If you notice you can see all there shirts under there sweaters. 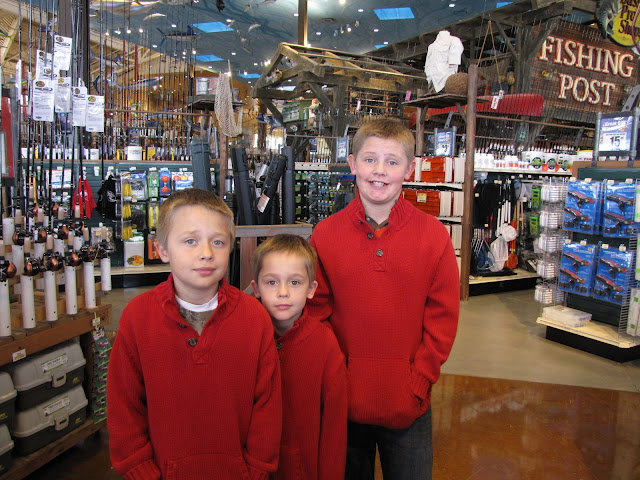 We had to wait in line for 2 hours to see Santa. Not a fun time with a 3 year old. Jason was making all sorts of friends as people were trying to cut in line in front of us. It seriously, was a seen from the movie Christmas Story with the kids and the line. 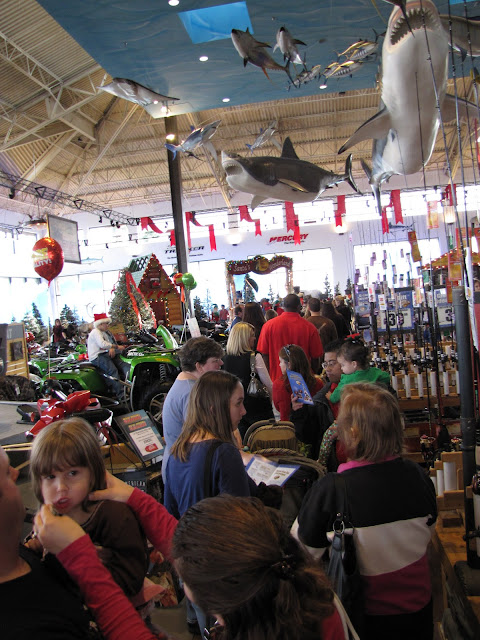 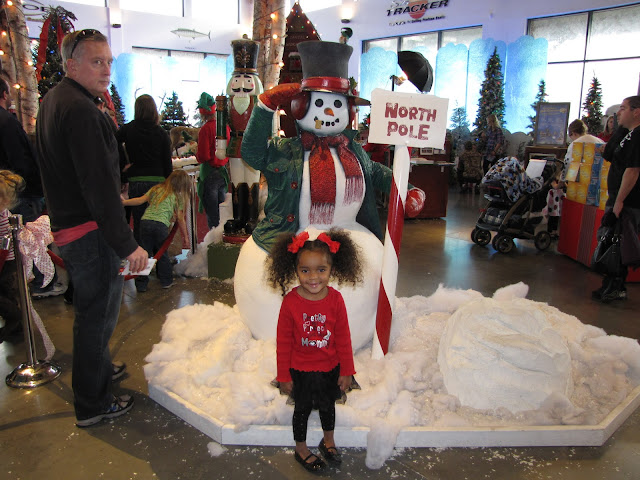 We stopped at the hospital on the way home to see my Step Mom Bernice she had just had back surgery that morning. Jason was feeling her pain. Brielle was loving hanging out with Grandpa. 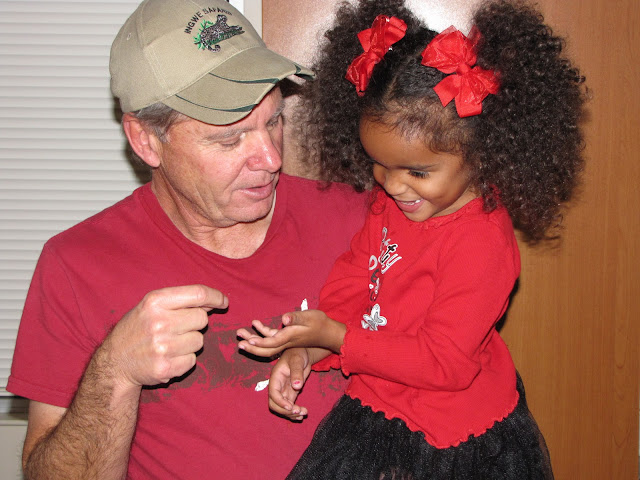 This past week the boys have got to open a few early Christmas Presents from Grandparents. They haven't complained. 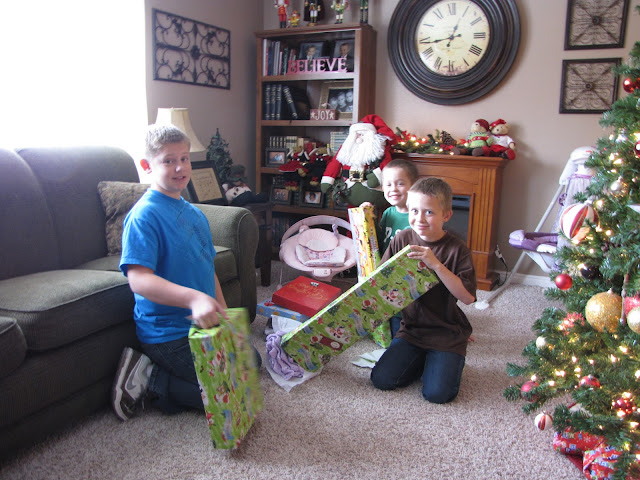 Baxter had his Christmas Band concert. It is amazing how much better they sound this year. Last year was his first year playing and he was in beginning band. He is know in the concert band. They did a great job. 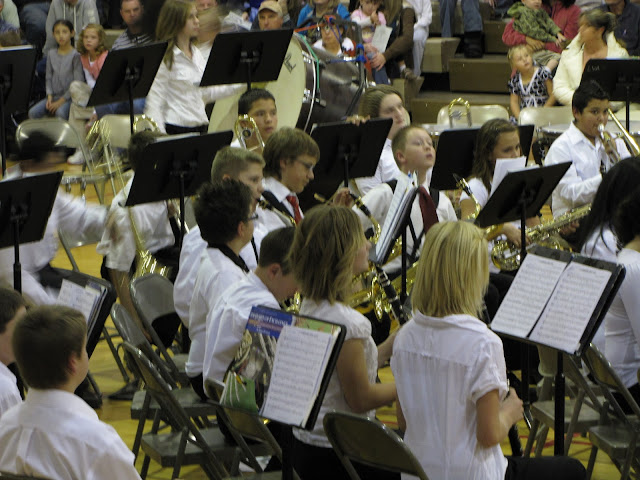 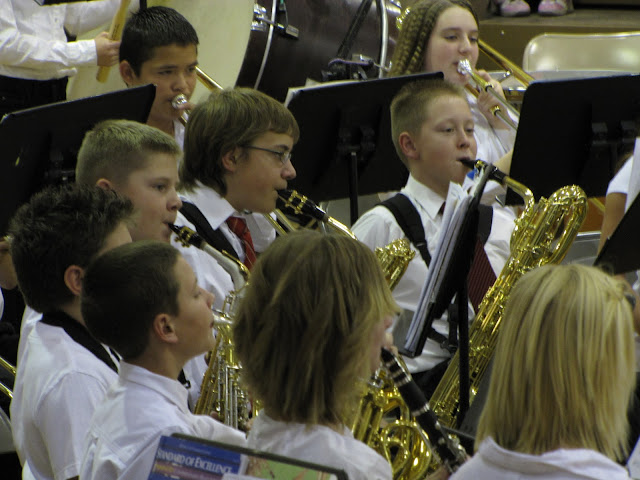 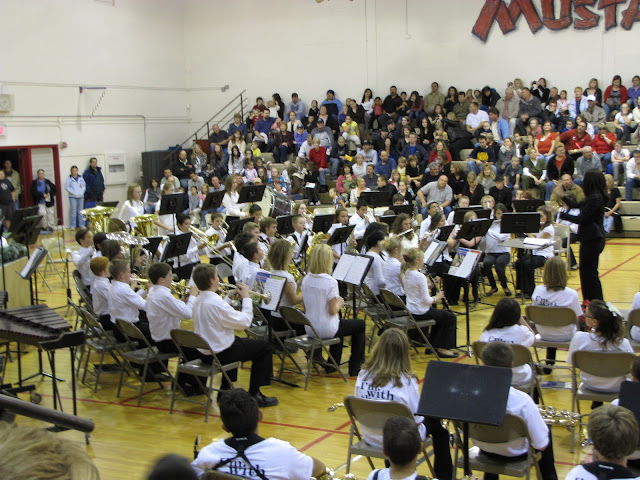 so glad Baxter is still playing. I love the story of there sweaters. Glad your having christmas fun!