Not a Fun night

Not a picture any parent would like to see your 7 week old being Air Lifted to a near by Pediatric Hospital. Here is the story Friday afternoon Bristol came down with a 103.6 fever. Nothing would break it. By Saturday afternoon Jason and I grew very concerned she was not acting right at all. Jason gave her a blessing. Then we tried to make the right decision were to go. Do we go to Vegas,do we go to Utah or do we just go to mesquite. We chose mesquite we thought it is closer and We were sure she just had a ear infection. We get to the ER in mesquite the doctor come in and said we are going to run a bunch of tests. As he told us about the tests he was about to run I kinda got upset and was thinking your joking right. What kind of doctor are you. Well I guess a doctor that new his stuff. They ended up doing a spinal tap on her to check for some stuff. I was not happy about it at all I left the room. I still thought the doctor was up in the night. The tests come back she was positive for meningitis. The doctor says we need to life flight her to Sunrise hospital in Las Vegas. He told us a lot more then that but all I heard was she was being Air Lifted to Vegas and Jason and I could not go with her for they had no room on the Plane. So we jumped in the car and headed down to Vegas to the Hospital. We had a quick stop in Logandale for a few things at home. A quick talk to the kids and to my mom and Allen they came down to watch the kids. The doctors say it is meningitis they are trying to find out at this point if it is Viral or bacterial. If it is bacterial She will be spending 2 weeks here. If it is Viral we can prob lee come home on Wednesday. Either way not fun to see your little baby like this. They have us on Isolation. Everyone that comes in has to were a gown and a mask. Jason and I are not aloud to leave. Due to we are exposed. So meantime we are spending time at the hospital praying that this is Viral and we can have her home for Christmas. Please keep her in your prayers. 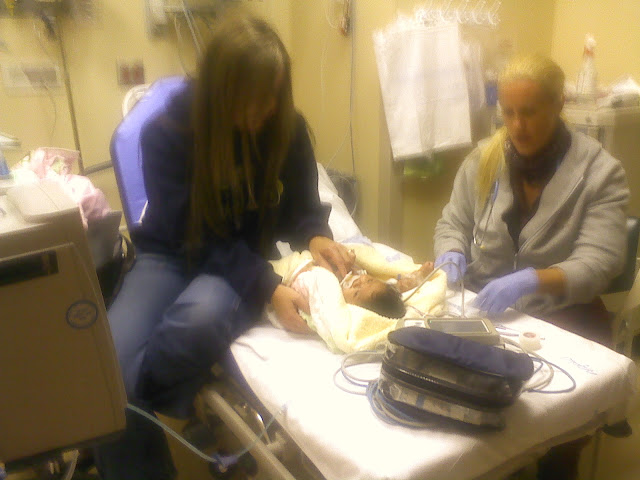 Sorry not the best pictures on the cell phone 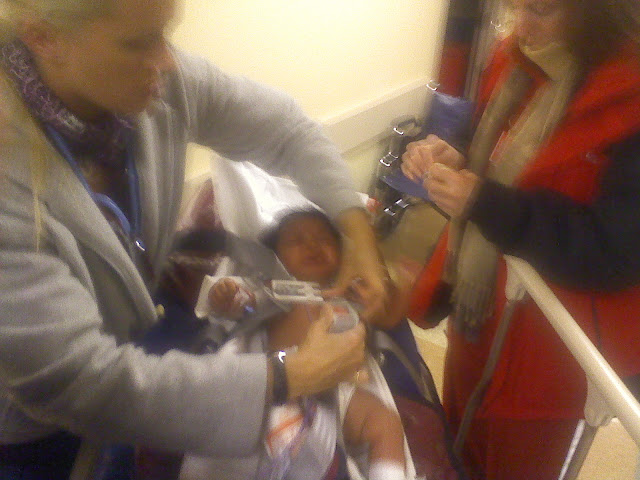 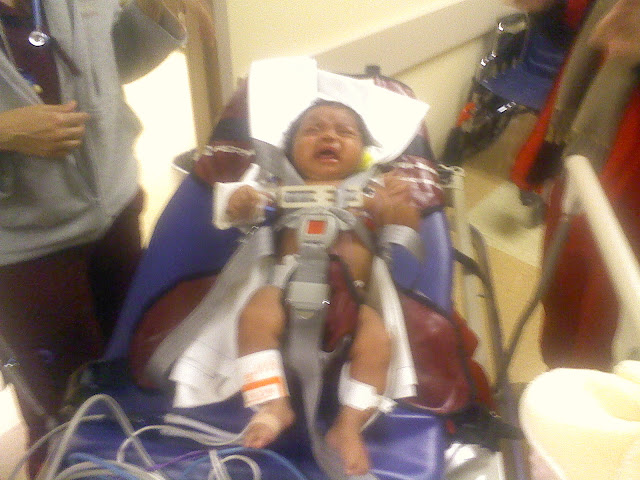 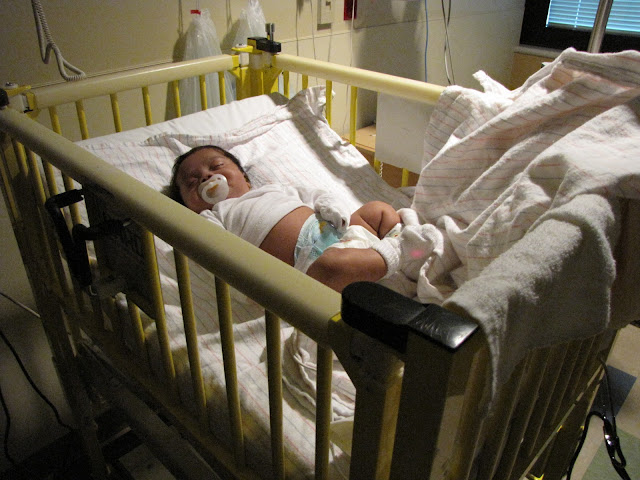 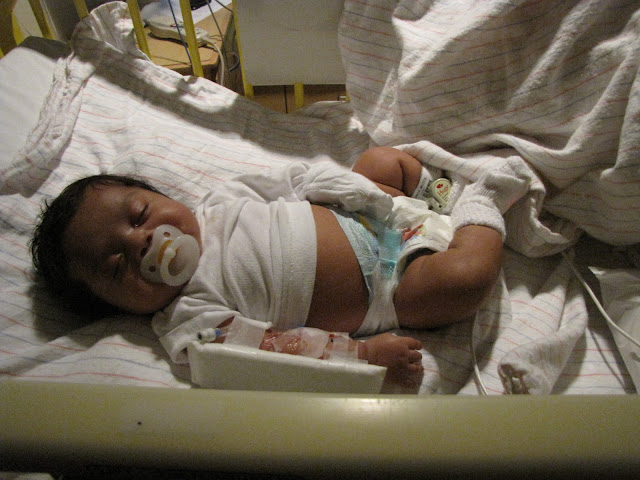 So scary! My daughter had meningitis when she was 1 month old. Luckily she had the viral type and was only in the hospital for a few days. With no lasting problems. But I understand how scary that can be. I will keep her and the rest of your family in my thoughts and prayers. Becca (Jones) Navas

oh poor thing! I hope that it's viral, so you can be home soon! How scary, i for sure would of fallen apart once they said 'life flight to vegas'. Please let me know if i can do anything!! hope she gets better soon!!!

Oh, poor baby! You all are definitely in our prayers. Hang in there.

I can't imagine what you and Jason are going through/feeling. I hope that you get good news soon. Mom is keeping us posted. We are thinking of your family. Poor little Bristol. She is adorable and I was surprised to see how much she has grown the past couple of weeks. Let us know if we can help in any way.

Poor baby.... poor family. I'm so sorry. You are in our prayers. Hang in there.

Love you! We are praying for Bristol and your family!

So sorry you and Jason are having these tough times. We are praying that Bristol will be well soon. No worries about the other four they are having fun and being so good. Hang in there I know this can't be fun!