Baxter had his Tonsils and adenoids out today. He was such a great trooper. The doctor said his tonsils were pretty bad when they took them out. He said he is going to feel much better now. He will be spending a lot of time like this over the next little while. 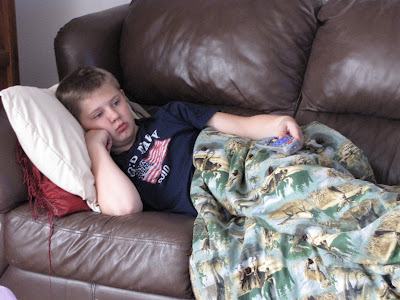 We got there this morning and he was clear full of nervous smiles. 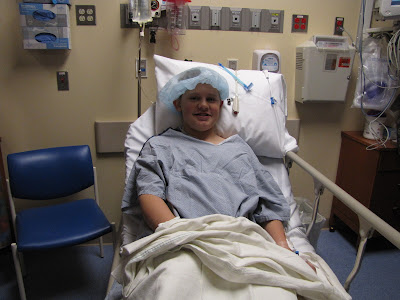 Here he is showing off his first IV. Jason was joking with him that he was going to pass out. Because when i went in to have Baxter when they gave me my iv I passed out because I was so nervous. 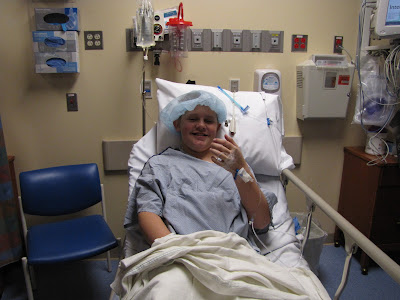 There is a guy that works at the hospital that is super nice he always lets the kids choose one of his hats to wear while they have surgery. Baxter chose the Deer Hunting hat. 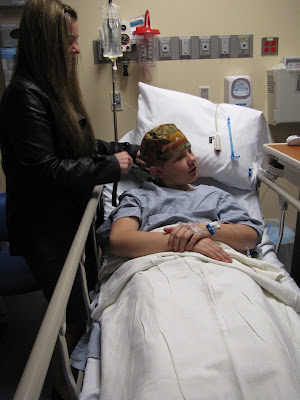 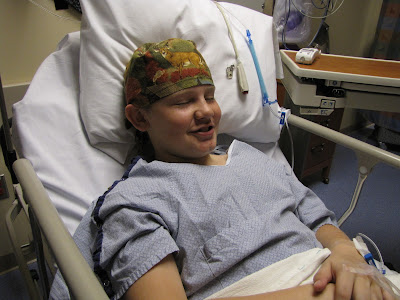 This is the one Brielle choose when she had hers out in Sept. 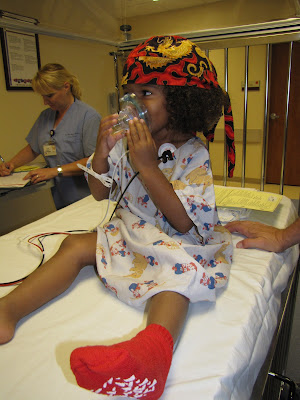 Here we are headed home. I got some pretty great shots of Baxter coming out of surgery but i promised Baxter i would not share them. I guess he is a teenager in 15 more days. Now I feel really old. 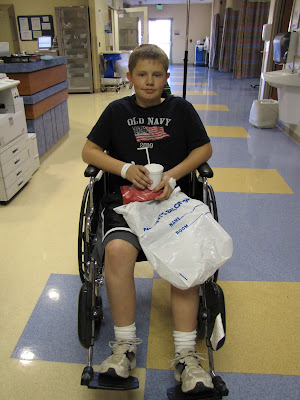 Thanks Mom so much for taking the day off and coming and watching the kids. And dinner way great. And I hope I did not mess up the dye on your hair to much for your cruise this week.
Posted by Heidi at 6:58 PM

I loved watching the kids. Glad Baxter tonsils went well and hope he feels well so fast. And Allen loved my Hair said its the best I had. Thank you so much.

what a fun dr. to let them pick a hat to wear!
Bax, hope you can handle the rest and relaxation of your recovery...eat lots of ice cream for me! lol
And i think you SHOULD post some of those post-surgery pics!! ha haa.

If Maddison keeps going like she is, we'll be doing this in the summer. If we do, I know where to get some good tips!!!