Saturday we headed up to Cedar City, Baxter had a game. The weather was so nice and cool.
They won there game 22 to 6.
Cute little Bristol with Jason her poor little yucky nose. She cut all 4 top teeth in the last few days and her nose I can keep clean for anything. But she still is happy. 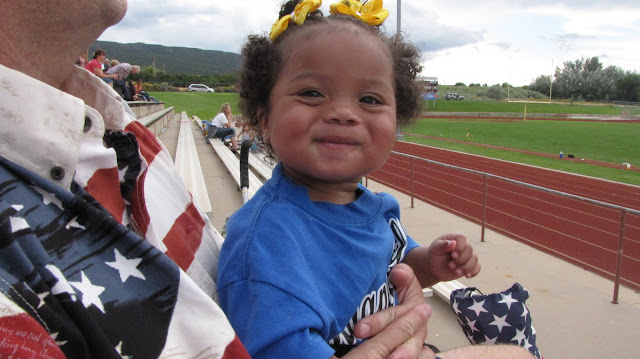 Baxter's game was great. The first play of the game they ran and made a touch down. 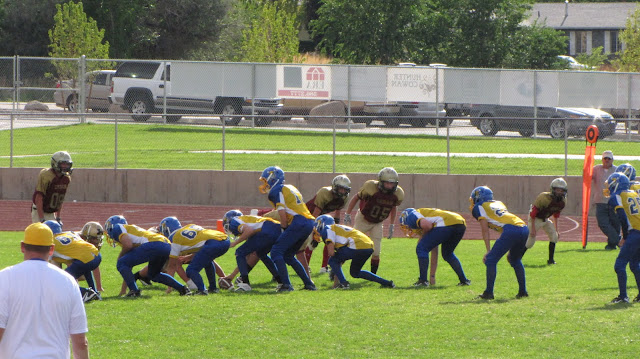 Some of the Cedar guys are pretty big. 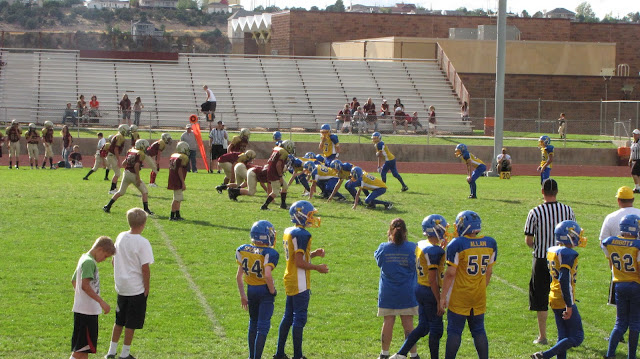 My favorite play of the game. Is Baxter is a super good blocker it is very rare that anyone get threw his block. I think the cedar guys had enough of him and 3 of them teamed up on him in a play and all 3 of them picked him up and threw him. He went flying I wish I had it on video because it was pretty cool. Maybe not so much for Baxter but it looked cool. 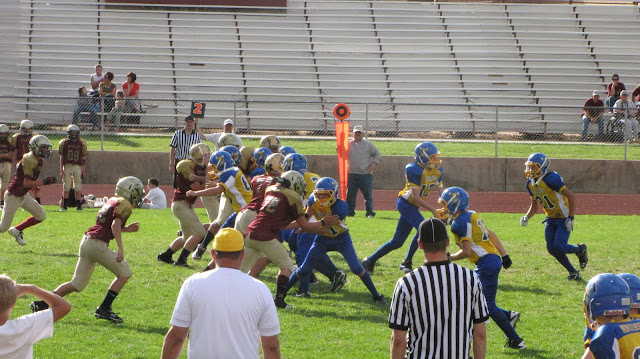 It also rained on the game. It felt so nice. 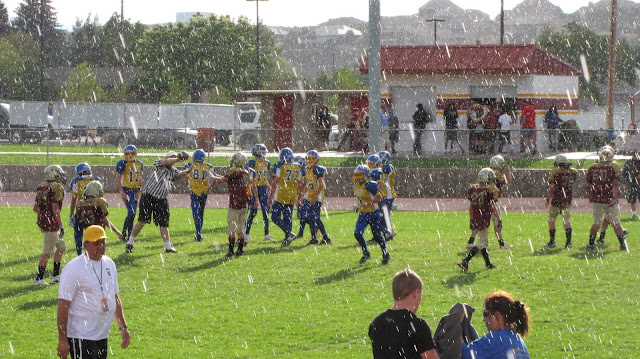 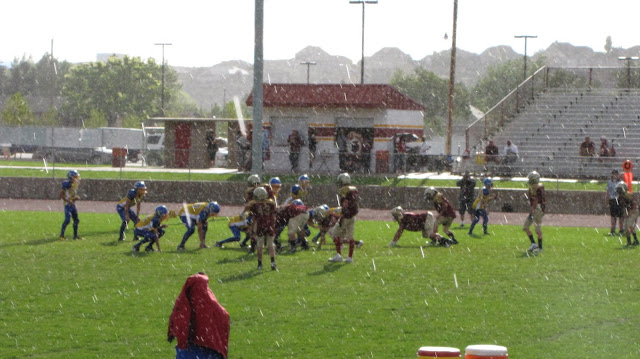 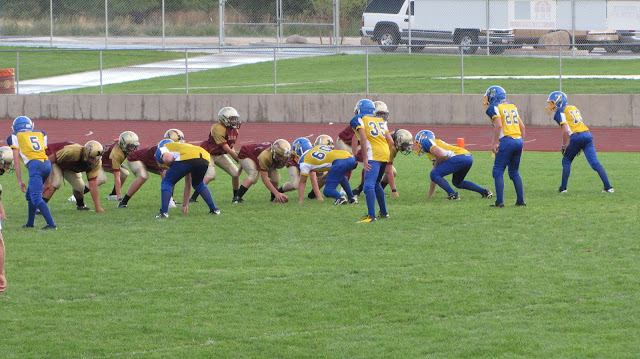 Brielle and her 2 cousins. My sister Tiff and her husband and girls live in Cedar so they came and watched the game. Brielle had a blast playing with them. My dad and Step Mom Bernice also came and enjoyed the game with us. It was fun to have them all there. 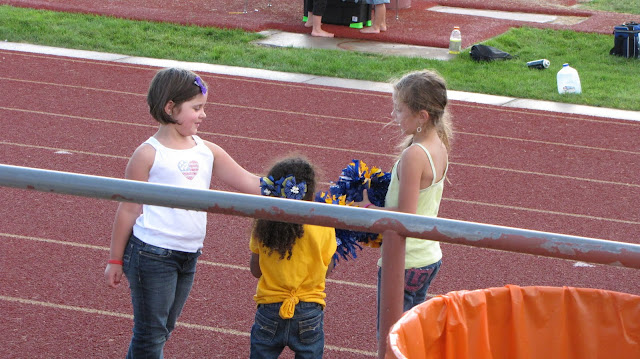 A good game. Then wee all went out for pizza. A fun day. 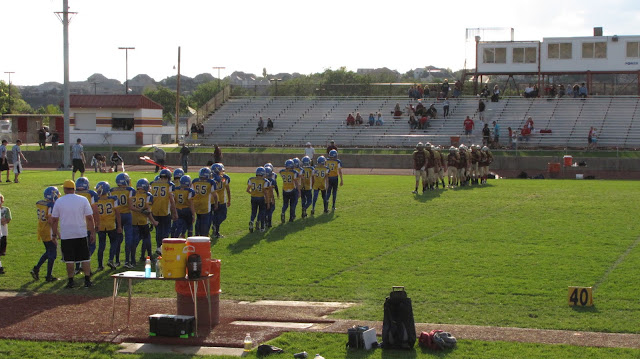 WAY FUN! i bet you guys totally enjoyed the cooler weather, with rain to boot!! :) and i agree, that Would of been SWEEET to get that on film of the 3 guys picking him up and tossing him .. haa haa..
Way to go BAX! (and logan has been teething too...hurry and come in teeth!! haa)

such a cute picture of Bristol! Glad Baxter won and you got to have a fun time with family!