It crazy sometimes you say to yourself how much is to much when it comes to things you have to do. But it all seems to work out some how. This week we have kept ourselves busy with Hair cuts, soccer practice, Soccer Games, Football Practice, Football games, Scouts, Baptism for the dead, Dentist, Doctor appointments, Preschool, Ballet, Young women, Youth conference. and many other things. 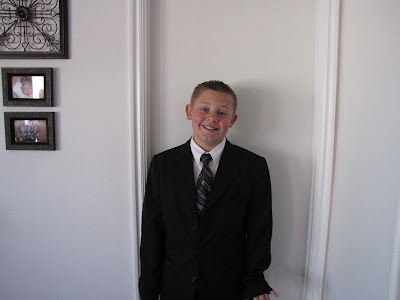 Tuesday night Baxter and I got to go to Baptism's for the dead. Our ward goes every month. It has been such a good experience for us. I have been able to do over 200 Family names it has just been really fun. Tuesday I had to take some stuff down to Jason at work before so It was just me and Baxter instead of a car full of Young Women it was nice to spend some time with him. 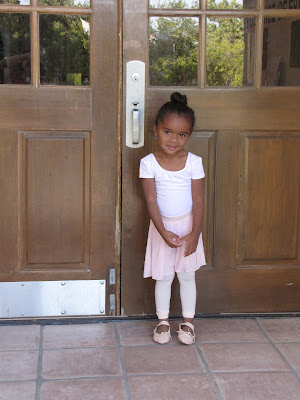 Brielle is still loving Ballet. She is really getting it. She can show you all different moves. She is so cute all dressed up every week that we can't resit taking picture's.
Last night when Jason and I put her to bed we told her that tomorrow she was going to have to throw her Binky's away because she was big now and not a baby. She looks at us and Say's I have to throw my Binky's away that just sucks. Then she look at us and Say's I need a baby sister. She can have my Binky's. So this morning she threw them all away and a minute later she says I do not want to be big I'm a baby and ran over and took them out of the garbage. Jason gave in and said I guess she can exchange them to Santa for presents.

Bridger and Boston both had games this week to. But know picture's. I missed Bridger game because I was with Baxter at the Temple. But Bridger did say that maybe they should not let him be goal keeper anymore because the other team scored 5 goals on him. Boston team did great and tied there game.

Baxter played Saturday here in Logandale against Dixie and they won there game 26 to 6. Sorry know picture's. Jason and I was gone to Youth Conference up on Panguigh Lake. My Mom saved us by coming and staying with are kids and getting them everywhere they needed to go. She sat threw Baxter way hot game and survived. Thanks so much Mom for your help.

Here a few pictures from youth conference. It was so pretty up there. The leaves were all starting to change colors. It was so nice and cool. It was held at a guy in are Bishopric's cabin. The Boy's slept outside while the girls got the Cabin. We listen to conference. We also went and collected wood 5 trailers full. 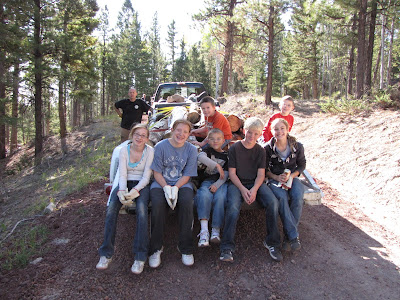 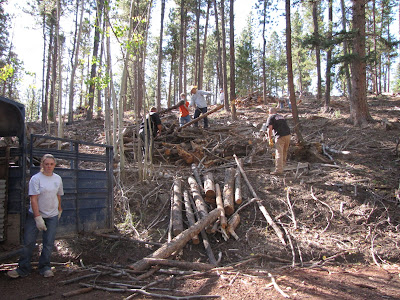 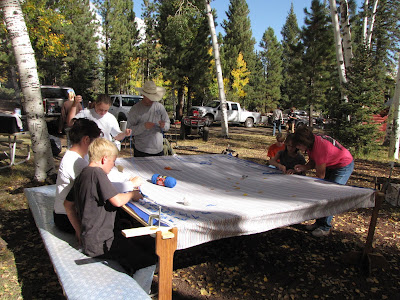 We also tied a quilt while we sat and listened to conference. 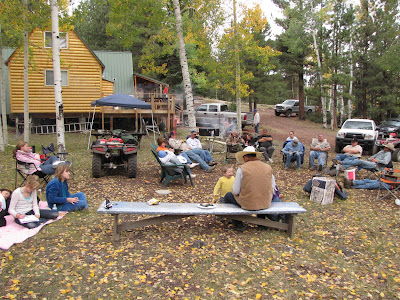 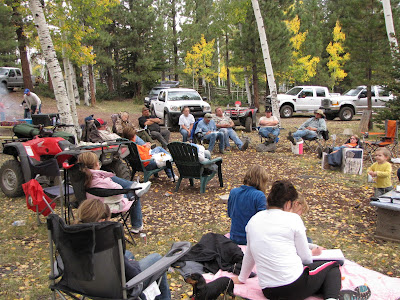 One last thing, I love love making bows. Brielle well I'm thinking she really does not need any more due to space to put them in. So I got this great idea that I would do a booth at a craft fair coming up. It really not something I wold normally do. But I think it going to be fun. I'm making 500 bows for it. I already have 200 done for it. I'm not doing it for the money I'm going to sell them for cheap. But I thought it would be a good experience for me. Her are a few I've made so far. 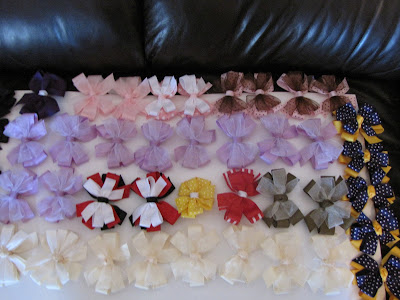 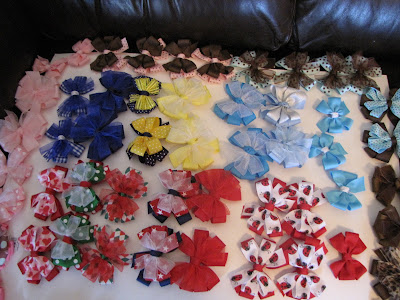 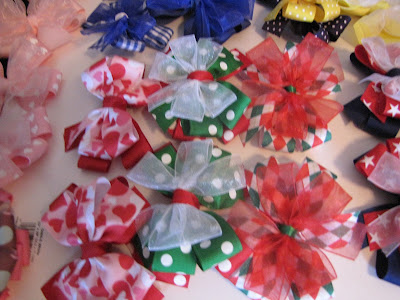 Thanks for letting me watch the kids, we had alot of fun. Thanks for all of you and Jason's help with out family's names. The Bow's look great.

oh man! you guys are always crazy busy with life! but it looks like it's treating you very well! :) good luck with your booth, what a fun (and slightly crazy.. haa haa..500 bows!!) thing to do! :)

LOVE the bows. Julianna could definitely use some more. How much are you selling them for? I would seriously love to buy some from you. LMK when you have a chance: susanrjensen AT yahoo DOT COM

Awesome picts :) My girls are in need of bows! When/where is the fair you are going to be selling them at???