We had quite the full weekend. Friday night was our Homecoming Football game. Baxter being in 8th grade he had a chance to play with the High School band at the game. He had a great time.
Baxter is going to perform at Disneyland in May. He is pretty excited. Jason and I are going as chaperone's. We noticed it was the weekend over Brielle Birthday so we decided to take the whole family to watch him. Should be fun. Disneyland is always my favorite. 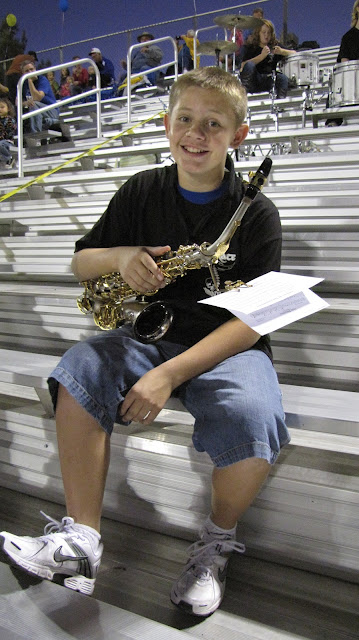 The game was great. The Homecoming royalty had one of my Laural's and her cousin who use to be in our ward. Only Brielle's two most favorite babysitters. She loves these girl's and could not believe that her babysitters were real princess. She was so into it. 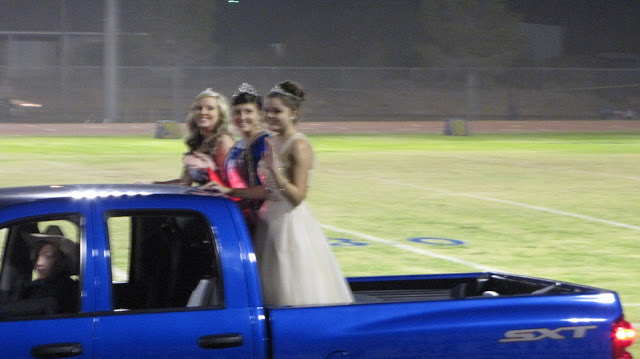 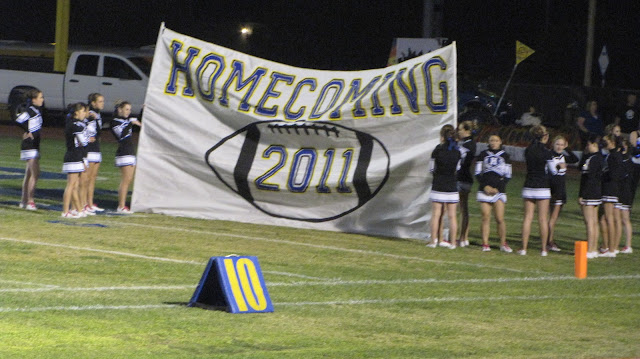 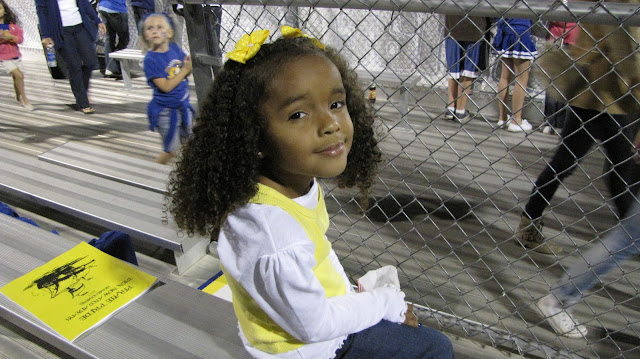 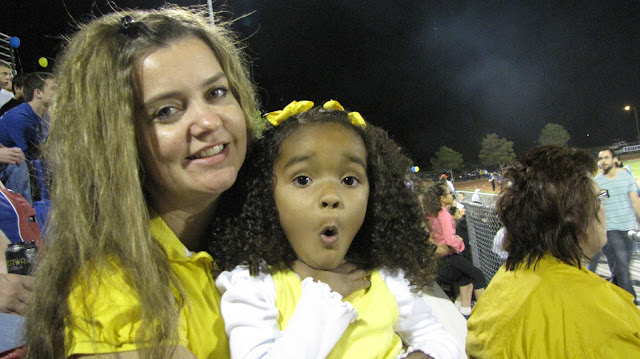 I always love the Homecoming game. 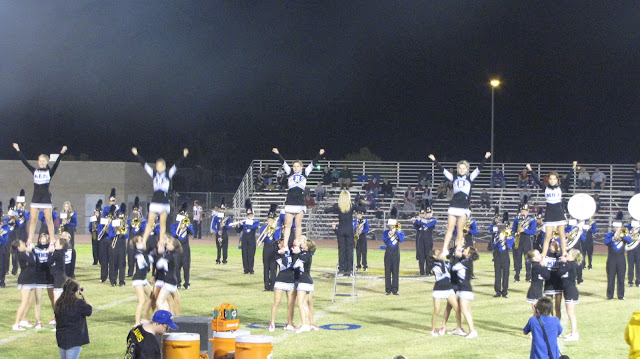 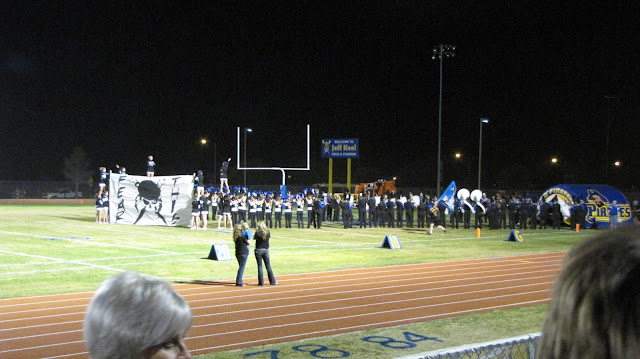 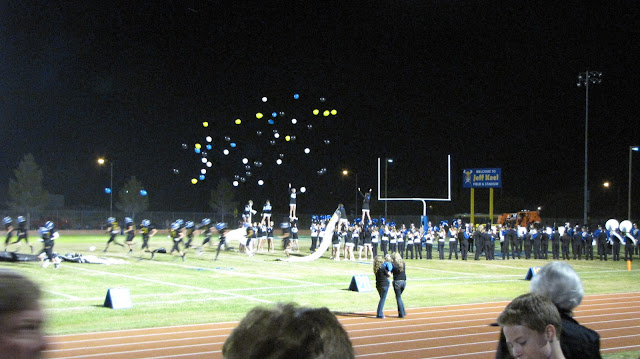 Saturday came and all I can say was wow. Boston started the day off at 7:30 am with two Soccer games back to back. 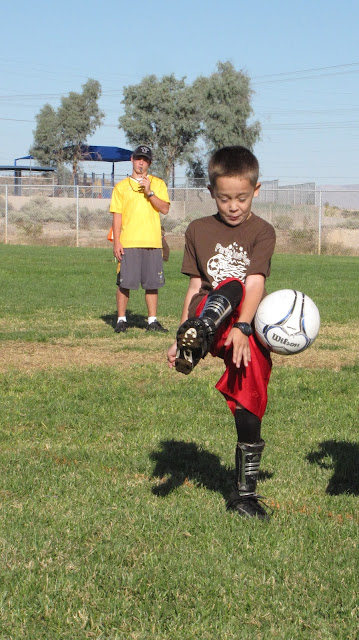 and scored his first goal he was so excited. And he also scored a trophy. 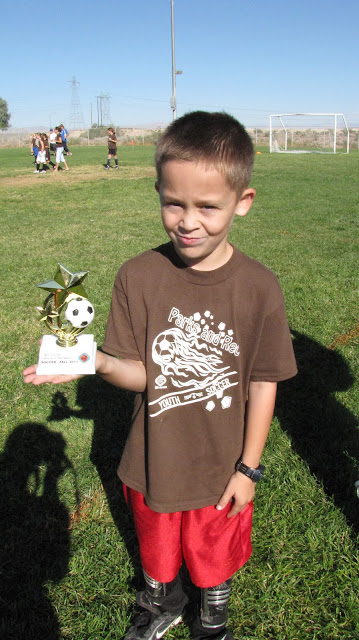 we ran home dolled up our little princess and off she went to a untea princess party. She had a blast. 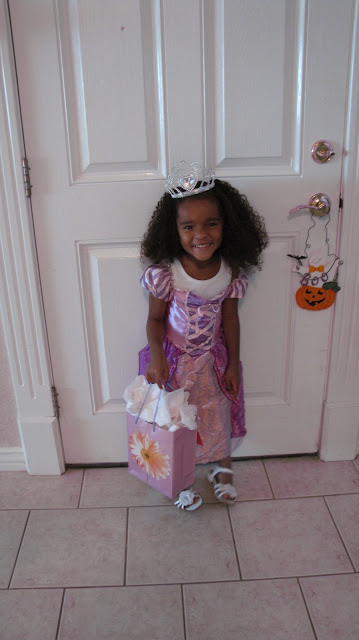 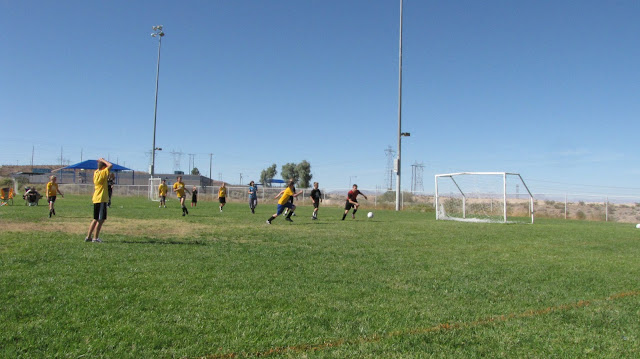 Bridger did great and scored a few goals. He also got a trophy. And that ended the Soccer season. Yea we made it. 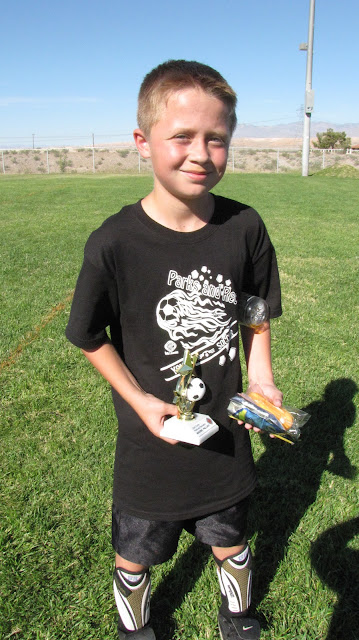 Then after his game we headed right to St. George for Baxter's game. They played at Snow Canyon against Dixie. Bristol was still all smile's considering her crazy day. 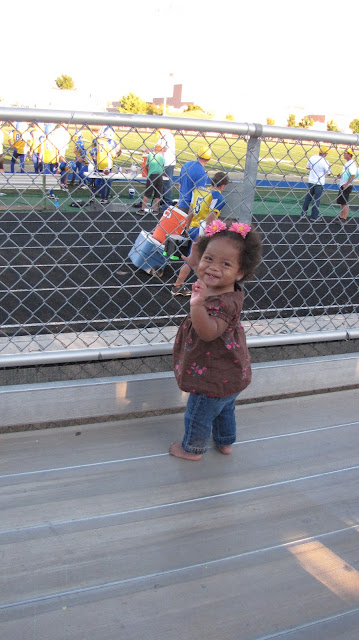 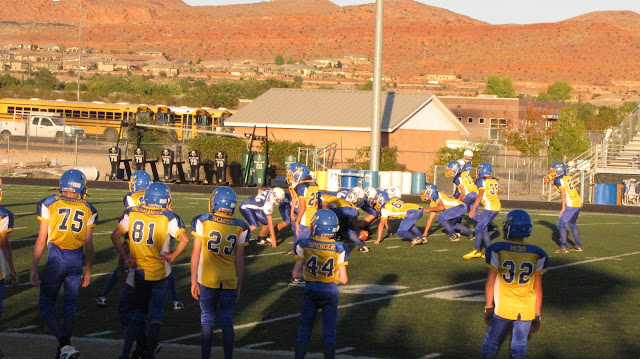 all I can say is we won. And I would also say that Dixie is a bunch of cheaters. There couch has no integrity at all. Our team walked off the Field pretty down when they had honestly won and the coach from the other team lied and said the had made more touch down's than we had. Making the Dixie's team win. Not true everyone was totally upset. Our coach, well he is a great man he just let IT go. After about 5 different things they did to completely cheat he was like you no what at least our team still has there integrity. 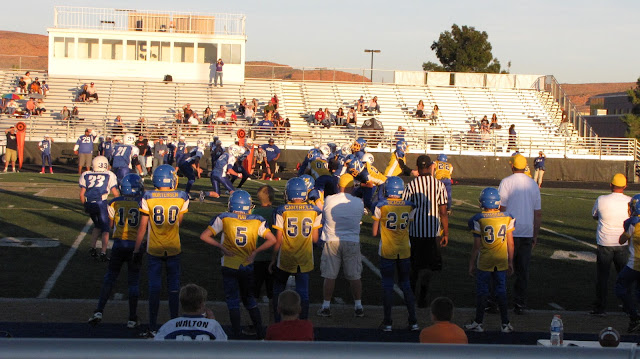 Baxters team will still go to the play offs were they are matched to play this team again in there first game. It will be interesting. Our kids said mom we have never seen you get upset with a game. I think it is just the integrity of it all that really bothered me. 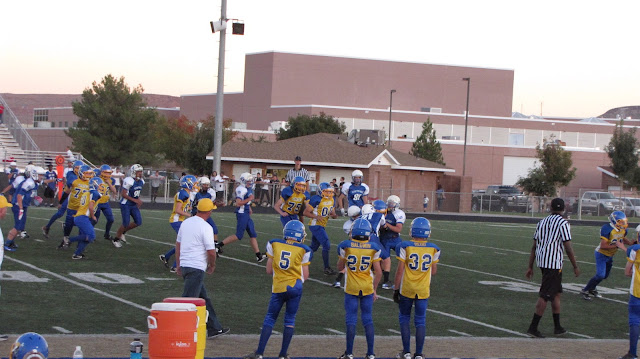 I would have to say we have the best team the best coaches and the best number 60 player. I know I need to let it go but it was just so wrong. All the parents were so upset. 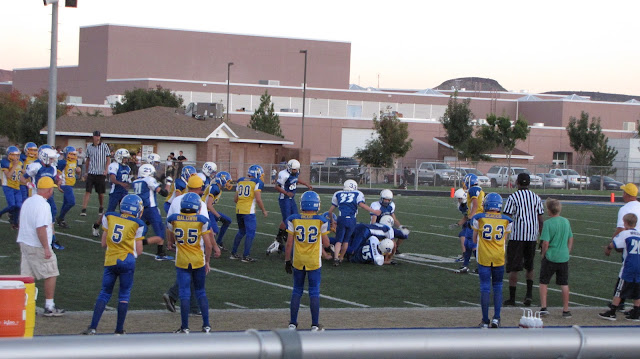 what a frustrating WIN for bax and his team! :( it's so sad when things like that happen, atleast bax has the GOOD team/coach to look up to. and i'll say your busy!! wow!! looks like it was lots of fun though! wish we still lived in st.g so we could watch all the games he's been playing intown.. sheesh!
**love princess tangled..what a fun idea.. an 'un'tea party! cute!

Oh and soooo jealous about your Disneyland trip! how awesome for bax to get to go with the school, and that you guys all get to go too!!! so fun!

Way to go Baxter with the games and Bridger and Boston with the trophys. So glad Bax is learning the instrument. And the girls are always so busy and cute.