The Boys have been hard at work lately working on there scouting. Tonight they had there court of honor. Bridger received a bunch of merit badges and his first class. He is just about to turn 12 and will be entering Young Men's. 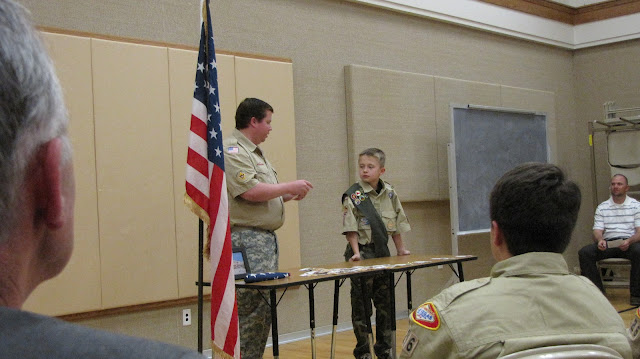 Baxter received a bunch of merit badges also. Here is his  leader teasing him that he has no more room on his sash. 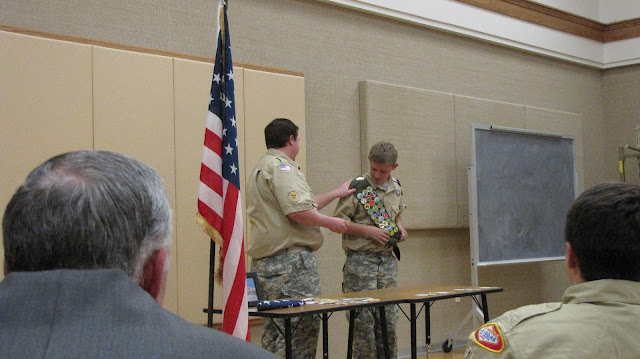 At the end of the night they awarded Baxter with a special award. This weekend he went on his last deacons camp out. He will be turning 14 in a few days. They flew a flag over there camp. They awarded the flag to Baxter that they flew over camp along with a picture of camp. 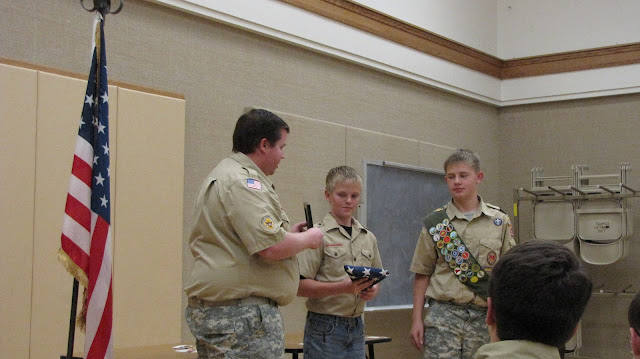 It was kinda a tear jerkier. 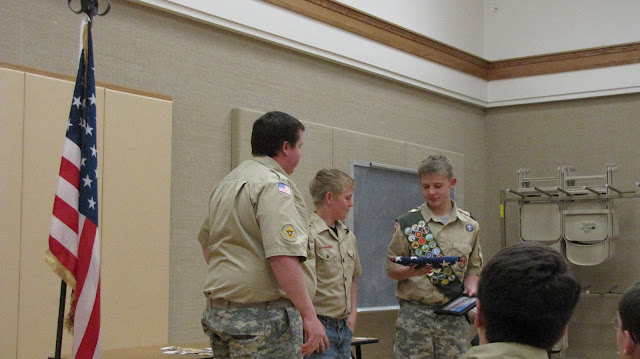 They also commented on Baxter eagle project he did. They were super impressed and gave him a very nice complement. Baxter goes in front of the Eagle board this Thursday to get his final and then we can plan his Eagle court. 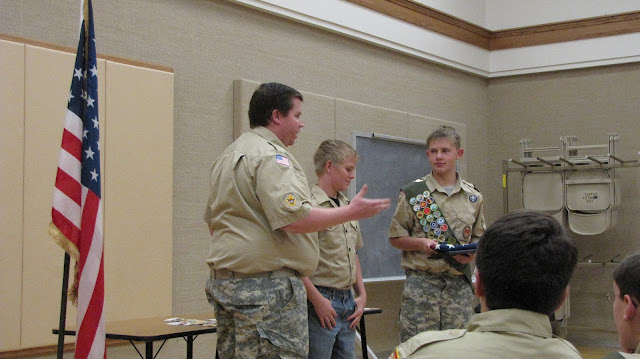 Boston has also been working hard in scouting and the other night he was awarded some beads he is half way done with his bear book. He is so excited about scouting and has been working very hard on his Pine Wood Derby car. It is coming up in a few weeks. 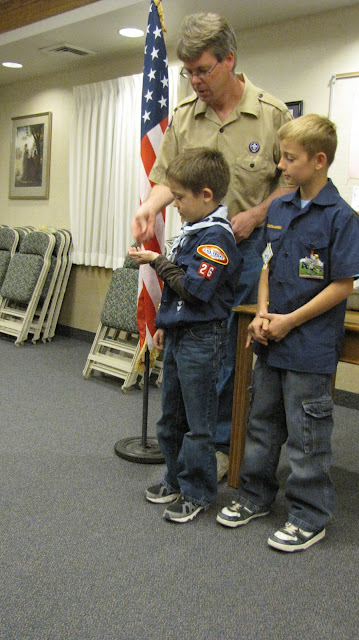 holy cow those boys are all growing up so so fast! what an awesome award for Bax! and Way to go Bridger and Boston! you guys are awesome!! miss all of you guys!

You boys are doing so great I'm so proud of you all!!! Way to go! And what a special award for Baxter so proud of all of you...