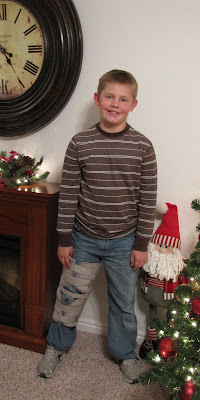 Baxter Hurt his knee the other day at practice. It has slowly gotten worse and worse. So after the 2ND time him calling me to come get him from school, I took him in to the orthopaedics specialist. Little did I know his knee was broken. He broke his patella. Part of his bone broke off his knee cap. Poor kid. The doctor looked at him and said how could you not know it was broken, That is one of the most painful breaks. He said what a tuff kid. He needs to stay off of it for 6 weeks. It does not need a cast but this awesome brace so he can not move it.That means his Christmas tournament he was playing this weekend in St. George he will not be a part of it. He did a awesome job this year and we are way proud of him. Goodbye Football until next year. 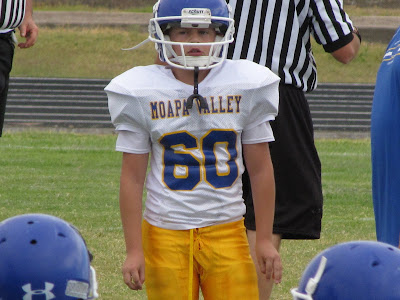 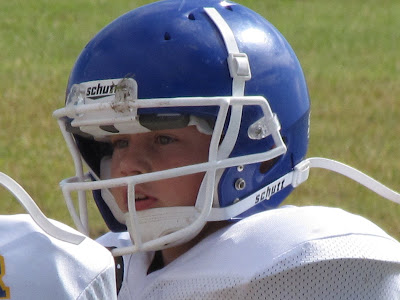 poor bax!! but the good news is that he gets to spend the weekend with his FAVORITE aunt and uncle! ;) cant wait to see you guys!

Holy Cranolly! Heidi you should have your RN degree for taking care of all of the crippled guys at your house! Poor guy! Hope he gets to feeling better soon!

Baxter so sorry about your knee. Boy your tuff to of gone this long with no help. get feeling better and remember we love you lots

oh i bet jason is Proud!! poor bax! hope it heals fast! and i can't wait for football next season!