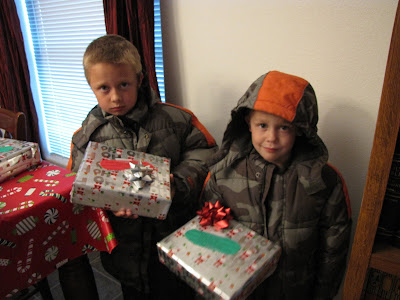 There once were two Elf's. Named Bridger and Boston. One night it began to rain and rain, and grow very cold. But they knew they had a mission. 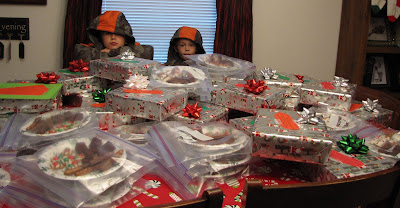 They had presents to deliver to all our friends and neighbors. They delivered them all and come home soaked to the bone but had a blast while they were out doing it. The next morning As there fever's grew and grew. And the throw ups began there mom and sister Elf felt terrible that they had let them out on such a cold night and that they grew so sick the next day. That there Mom and there Sister also begun growing sicker and sicker. Not a fun week at there home at all.

Baxter had his first band concert on Tuesday night. They did a great job!!!! 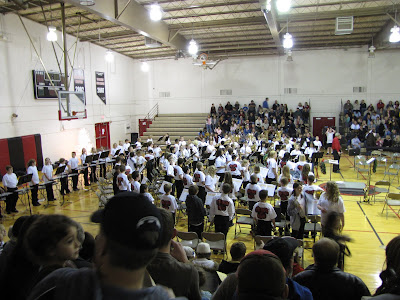 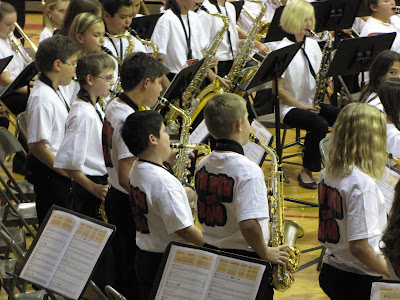 This would have to be one of my favorite shots of the whole evening. The story behind it is. See the cute little girl in the far right corner. Every 6Th grade boys dream just for her to say Hi. Well her parents were sitting by us. And she looked up at them and noticed we were trying to get Baxter attention she tried to tell Baxter we wanted him to turn around. But he refused. He knew as long as he would not she would keep talking to him to try to get him to turn around. 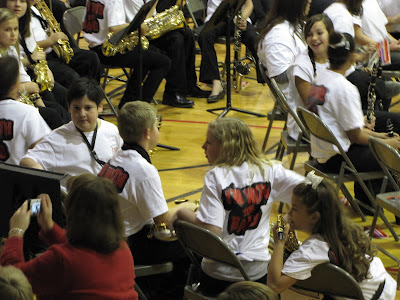 But I finally got one. Ah Ha Baxter 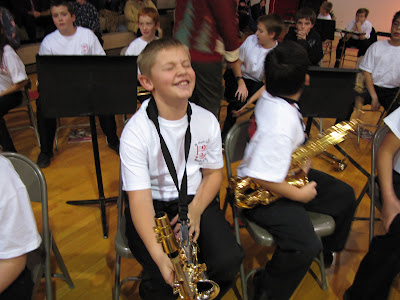 Hope everyone gets feeling better soon. Baxter looks good with his sax boy that brings back good memories. Your ambitious to be such good little elfs.
P.S. could they help me with my delivery's?

im sorry you are all sick! thats a bummer! hope you feel better soon!!♥

I love it! takes me back to middle school- Oh well at least we weren't boy crazy right?

Hope your all feeling better-Thanks for the talk today.... Lov you!

oh my heck heidi! that's the funniest story of baxter i've heard so far!!! what a kid! and she's cute too...haa haa

sorry about everyone getting sick! hopefully everyone is all healthy for christmas!! :)