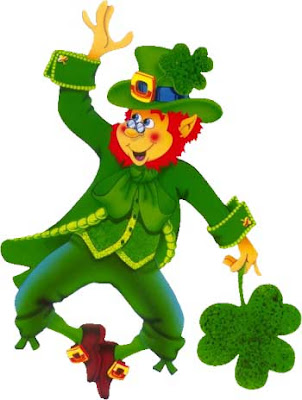 So I got wondering yesterday why do we celebrate St. Patricks Day. I googled it and I was surprised what I found. I never knew this is why.
Who was St. Patrick and Why Do We Celebrate His Life?
St. Patrick was a real live person born in the time around 400 AD in Roman Britian, when the British Isles were still under the domain of the Romans. He was born with the name Maewyn. His name wasn’t changed until he was in the monastery. His father was a soldier in the army, and Patrick also reports him to be a deacon, civil official, and a town councilor, who was a son of a Romano-British priest. The family was Christian, but they weren’t extremely religious, some historians even say Patrick was agnostic in his childhood.

According to his most famous work, the Confessio, Patrick was captured along with many others when his village was attacked, and he was taken to Ireland as a slave. Patrick was under the authority of a druid high priest and his family and here he learned the native Celtic language which he later used to communicate, and help those to be converted.

After 8 years in captivity, he escaped at the age of twenty-two, and legend has it that an angel directed him to spend twelve years in a monastery near Paris, France, where he adopted the name Patrick. It was during this time of captivity that Patrick found God and developed the habit of praying throughout the day to strengthen himself and to be closer to God. It is recorded in the Confessio that he would often pray up to 100 times a day. One night, while in the monastery, he said he heard many voices that were calling him back to Ireland to help the remaining slaves. At this time he was somewhere in his mid thirties and so he answered the callings. He became one of the first Christian missionaries in Ireland.

He was confident in the Lord, and he journeyed far and wide, baptizing and confirming with untiring zeal. Indeed, Patrick was successful at converting Ireland to christianity . And he even made important converts even among the royal families. For 20 years he had travelled throughout Ireland, establishing monasteries, schools and churches, which would aid him in his conversions. He died on March 17th. 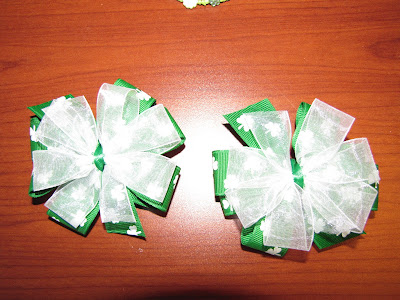 I got in the spirit of things and decide I needed to make brielle some bows for the occasion. 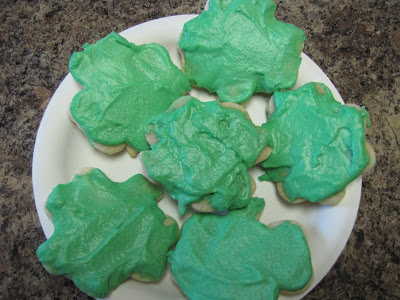 Next shamrock cookies for my Young Women yesterday. I always make way to many and end up making myself sick. 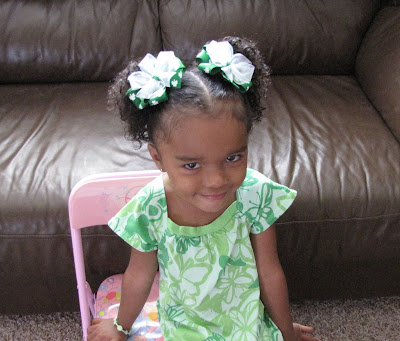 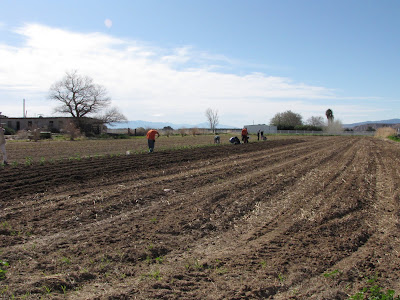 Sat Bridger and I went and helped at our ward garden for awhile. It was really fun. They have done a really good job on it. I'm excited to see it grow. Here are a few pictures from it on sat. 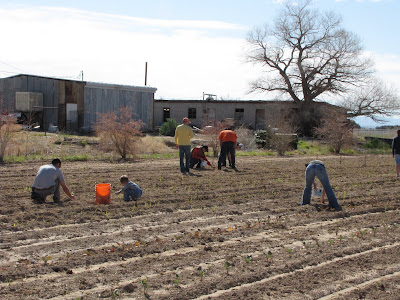 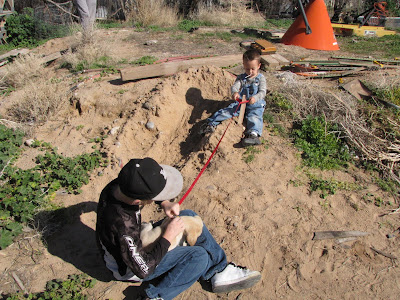 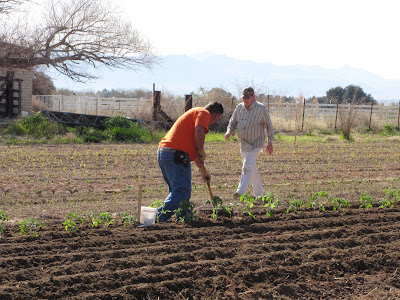 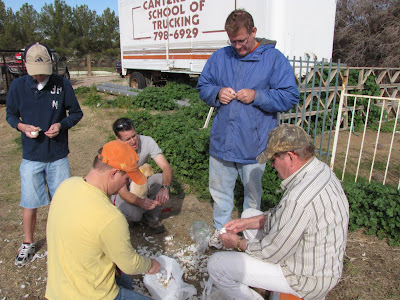