Last night we went to Midnight Madness in Mesquite.  It is the opening to the first games of Football. Baxter played 4 games and the first one started at 9:40 pm. It was a late night and 9:00 church came a little to early this morning. He played Mesquite, Dixie, Cedar, and Deseret Hills.  They did a great job. They had a lot of fun. 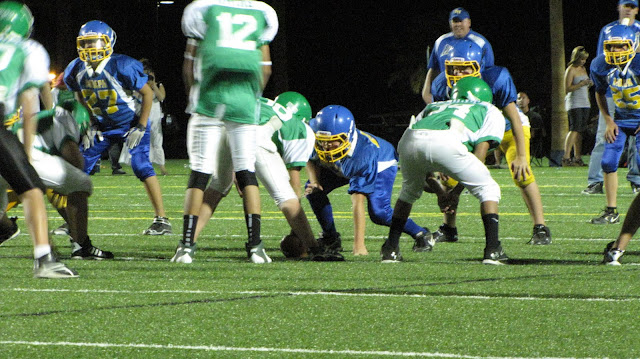 They are still waiting on there game jerseys they haven't come yet. So right now there pretty blue. 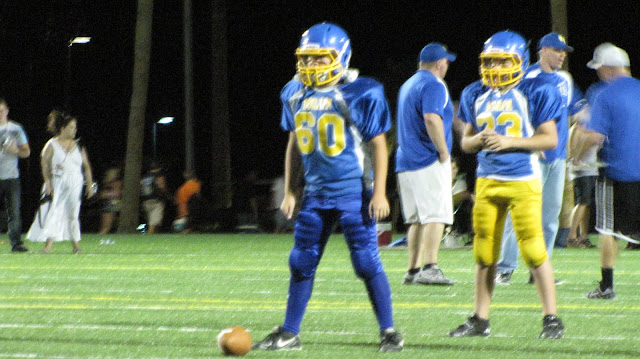 See these guy from Dixie hopefully you don't no him. He was huge. Baxter was guarding him. He took a cheap shoot at Baxter. And the kid got taken out in the next play by Bax. I guess if you don't play fair Bax is going to let you know it. 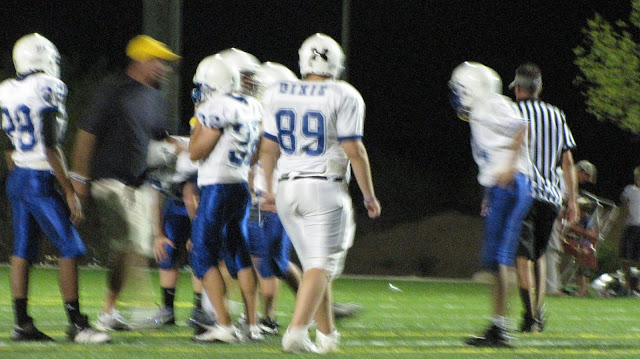 It was a fun night 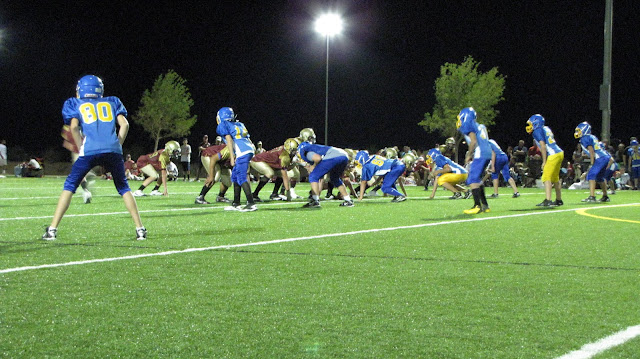 Brielle You talking to me. 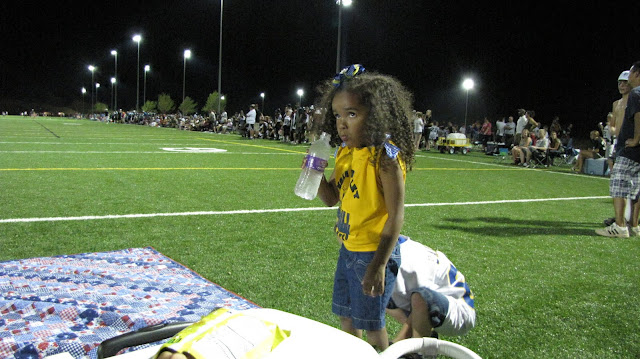 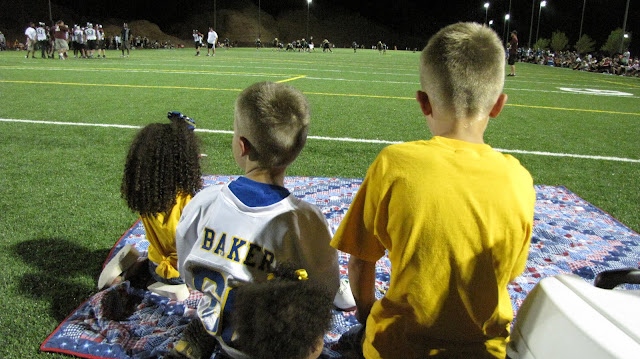 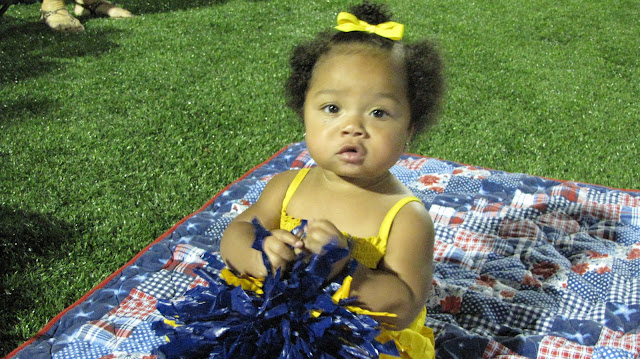 The kids had fun with there friends 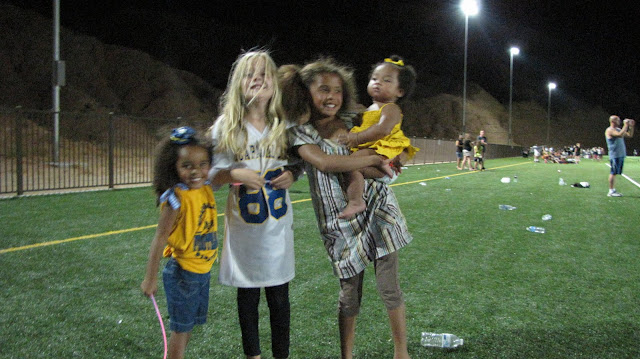 and for some reason most of my pictures i took turn out blurry. 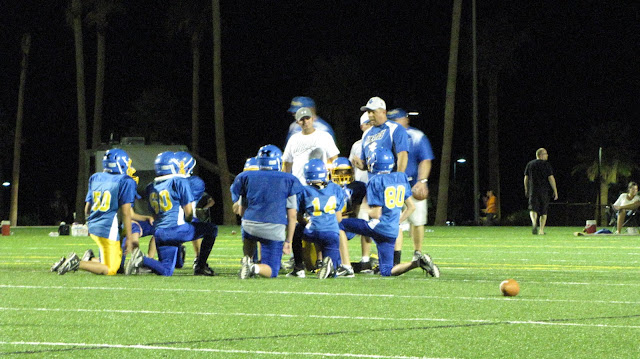 that is a CRAZY late night! but i bet it was way fun (and nice in the hopefully cooler temps?!) cutest cheerleader ever, bristol is getting so big...i wanna a squeeze her! :) way to go Bax, teach those boys how to play fair!! :)

Way to go Baxter so glad your playing fair. I proud of you! The girls look so cute in the school colors.